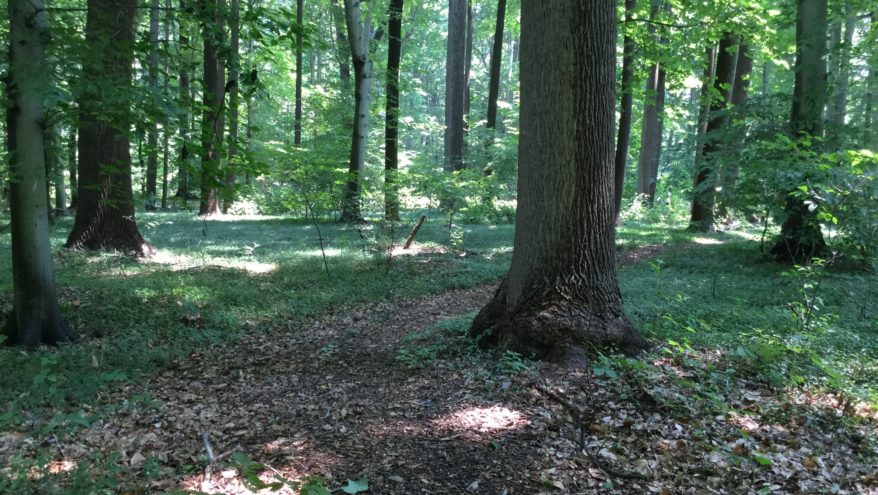 FROM THE ARCHIVES: Another article in an occasional series of articles that appeared in FOW’s publications in the past and still resonate with us today. This piece was written by Dena Sher, a former FOW Board Member, and first appeared in our Spring 2010 Newsletter.

Global warming, left unchecked, threatens the ecology of planet earth and may eventually affect every living creature upon it. The cause of global warming is the discharge of greenhouse gases, mainly carbon dioxide (CO2) and methane (CH4), into the atmosphere. Burning of fossil fuels (coal, oil, and gas), which humans have been doing at an ever-increasing rate since the industrial revolution, is the main source of atmospheric carbon dioxide. (Read more)

Trees, particularly those of the dimensions growing in the Wissahickon forest, help mitigate climate change because they sequester or collect atmospheric carbon from carbon dioxide and then store it in their tissues. By collecting carbon in their new growth, trees reduce the amount of carbon in the atmosphere, continuously and incrementally.

Carbon storage by trees is another way they influence global climate change. As trees grow, they store more carbon by holding it in their accumulated tissue. This carbon is released back into the atmosphere when trees die and decay and when they are burned for fuel.

In a study by the United States Department of Agriculture’s Forest Service of trees in Philadelphia, the tulip tree was found to store the most carbon and the black cherry tree was estimated to sequester the most carbon annually. Tulip trees are dominant trees in the Wissahickon: they are the biggest and fastest growing. Other trees common to the Wissahickon forest, such as red oak, red maple, and Norway maple, also have a relatively high rate of carbon collection.

Preservation of the Wissahickon forest has been a foremost goal of FOW since the start of the organization in 1924. The role of this forest in keeping our planet cool is one more outstanding reason for its preservation.