Home · News · Nature · What to See in the Wissahickon

What to See in the Wissahickon 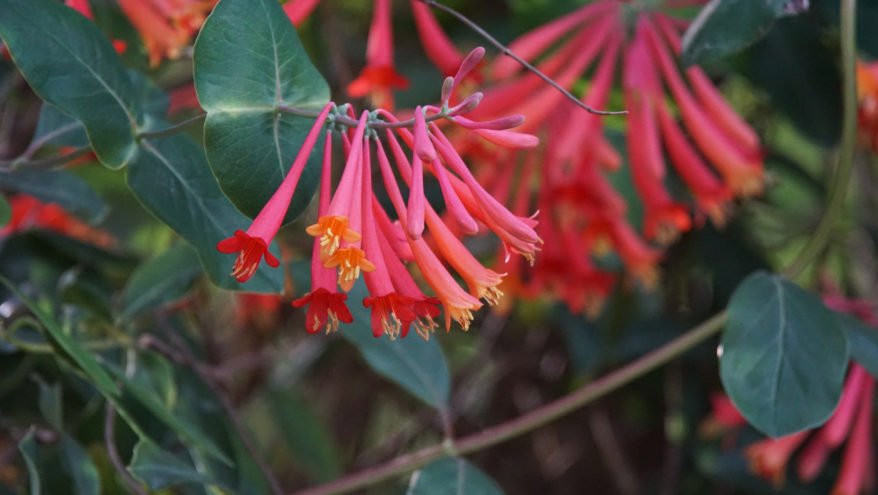 APPEARING NOW along the creek 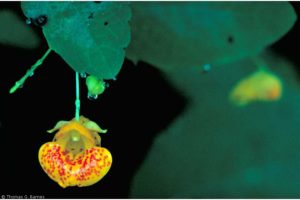 Jewel Weed (Impatiens capensis) This native plant is also called “Touch Me Not” (That name makes you want to touch them, right?), and the ripe seed pods pop on touch. The orange drooping blossoms, similar to snapdragons, hang from 2-4 feet succulent stems that exude juice when broken. Found in wet, shady places, it is sometimes confused with butter and eggs (Linaria vulgaris), also called common toadflax, which is an invasive plant found in dry spots, with narrow leaves and yellow flowers with orange spurs. 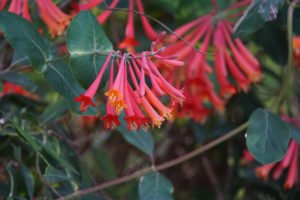 Trumpet Honeysuckle (Lonicera sempervirens). The native trumpet honeysuckle vine is more often found at nursery centers with pretty red or yellow long tubular flowers and upper leaves that seem to be pierced by the stem, but it can also be found in the park. The invasive Japanese honeysuckle is a weedy vine covering bushes along the Wissahickon Creek with yellow bell shaped flowers, black berries, and evergreen opposite leaves. The Trumpet Honeysuckle Vines are beautiful as they climb over brush piles and up tree. They are a great source of food for the hummingbirds. 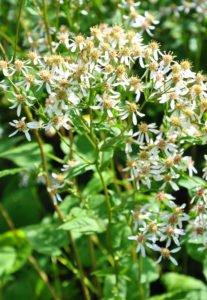 COMING LATER THIS SUMMER in the meadows

White Wood Aster (Aster divaricatus). The aster is a composite flowering plant, with flat strap-shaped flowers (rays or petals) around the edges and small tubular flowers in the center (disks). The white wood asters, part of the daisy family, have white flowers with relatively few rays, but clusters of many flat topped blossoms and stalked heart-shaped leaves. Asters can be found in open woods or meadows from July through October, attracting bees, butterflies, and other pollinators. 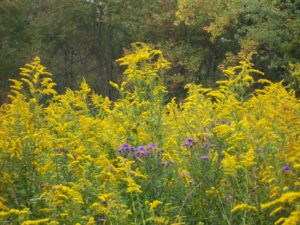 Goldenrod (Solidago). Goldenrod has graceful, showy, plume-like clusters of yellow flowers with narrow parallel veined leaves on rough textured stems. This should not be confused with common ragweed, which carries the lighter, yellow pollen that causes hay fever. Ragweed grows long clusters of flowers along a stalk with dissected leaves. Both are found in open meadows from August through November.

Wendy Willard is the owner of Hort. Landscape, which does site mapping and landscape design from large rain gardens and backyards to small entrance and curb appeal installations. You can reach her at mhbMBH@aol.com.