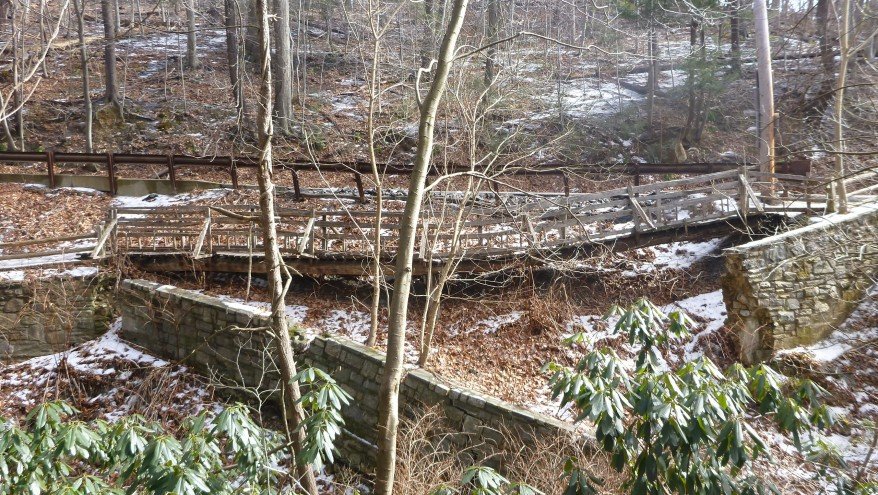 Two sections of a stone retaining wall that support the walkway collapsed after heavy rains in 2004.  These sections were spanned in 2004 by a wooden walkway built by FOW volunteers. Yet, due to its uneven and narrow tread the walkway presents an obstacle for park users, particularly those who are mobility impaired, cyclists, and equestrians.  More recently, the failure of stormwater control infrastructure on Valley Green Road and the continued erosion of the stream channel beneath the wall have caused additional sections to collapse.  In April of 2015, a large portion fell into the stream causing a partial failure of the wooden walkway, creating conditions that are too dangerous to allow it to remain open to park users.  The trail remains closed indefinitely.

FOW has developed concept level designs and are actively seeking funds to stabilize the stream channel and replace the trail with an elevated boardwalk that would span approximately 175 feet. Structural improvements to the adjacent street and stormwater sewer will also be necessary.