The Park and Your Health-A Conversation with Lee Jablow, M.D., Chestnut Hill Hospital 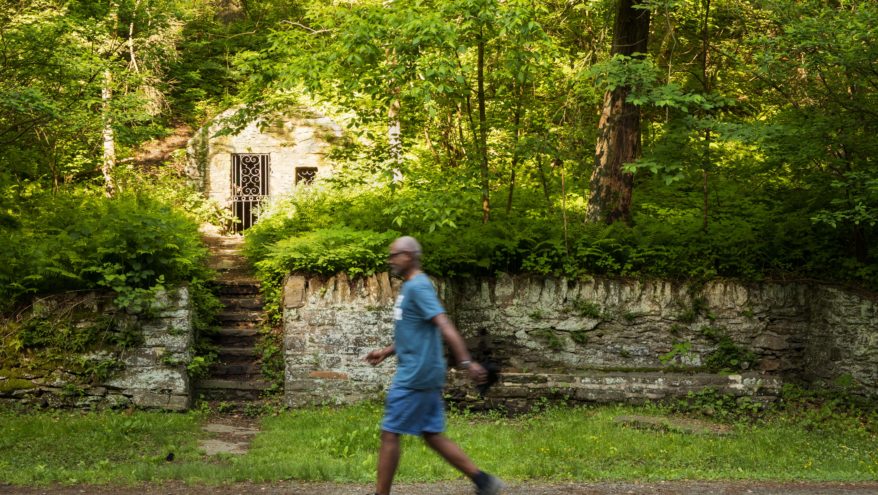 Dr. Jablow has been involved with emergency medicine since he was 17 and worked as an EMT in his home state of New Jersey, work he continued through high school, college, and during medical school at Tulane University. Dr. Jablow’s residency at Cooper University Hospital’s Trauma Center prepared him to care for a diverse community, regardless of insurance or other status, something he continues to love today. He currently serves as Medical Director of the Department of Emergency Medicine at Chestnut Hill Hospital, and was named one of the Philadelphia Business Journal’s 2019 “40 Under 40” leaders. Dr. Jablow’s wife, a Philadelphia-area native, introduced him to Wissahickon Valley Park, where he enjoys running behind his 21-month-old toddler in a jogging stroller.

Q. What are the main problems that bring Wissahickon Valley Park visitors to the Emergency Department (ED)?
A. Dehydration and the use of over-the-counter (OTC) pain relievers. First, patients are often admitted to the hospital because they didn’t keep up with hydration. Most people need 64 ounces of water a day—about eight ounces every two hours while they’re awake—and more if they’re sweating and during warm weather. During vigorous exercise, additional water is lost not just in the form of sweat, but also in exhaled water vapors from heavier breathing. And Philadelphia’s high summer humidity makes it even harder to cool down. Working muscles too hard without adequate hydration can be serious business, potentially leading to a condition called rhabdomyolysis and a week-long hospital stay and risk of kidney damage. Prevention is simple: hydration and pacing your exercise.

Second, patients often come to the ED after mild overexertion, or a relatively minor injury. We would generally administer a nonsteroidal anti-inflammatory drug (NSAIDs) by injection. Truthfully, it works the same as the OTC NSAID, such as ibuprofen, you could have taken on your own. Keep this medicine with you and try it first before heading to the ED. Rule of thumb: if the pain doesn’t improve in an hour or gets worse, seek medical attention. Tell the ED caregivers what pain medication you took and when. Note: Avoid NSAIDS if you have kidney or heart disease, diabetes, or bleeding issues.

Q. What is a common mishap in the Wissahickon and how can people avoid it?
A. If you’re running on the trails, you tend to focus your vision straight ahead, so it’s easy to lose sight of what’s under your feet, like tree roots, branches, and uneven surfaces. It’s the reason we see a lot of FOOSH—fall on outstretched hand—injuries from people instinctively reaching out their arms to catch themselves after tripping and falling forward. It’s the most common of the so-called defensive injuries and results in a break at the end of the forearm just before the wrist bone.

Also, remember to protect your head. When riding a bike or climbing, please wear a helmet at all times. That goes for horseback riding too. A fall from an animal that stands 15 feet high (three times the height of a child) can land someone at a Level 1 trauma center. Even ground falls can cause serious head injury. If you take any sort of blood thinner, any bump, even from a seemingly minor fall, should be evaluated in the ED.

Q. What are a couple of common first aid mistakes that people make?
A. A big one is using hydrogen peroxide for minor cuts and scrapes. Patients say they think peroxide’s bubbling action means it’s working, but it actually impairs natural wound healing. All you need is plain soap and water. To control more serious bleeding, the first line of defense is to press a single fingertip very hard against the wound. This distributes more force directly to the area and compresses it with more pounds per square inch than using additional fingers or the palm, which diffuse the pressure.

Another one is tick removal. We live in a heavily endemic area for Lyme ticks, so it’s not unusual to find that one has hitchhiked a ride home with you from the park. The best way to remove the entire tick is not with tweezers, which can leave pieces behind, but by wetting a sponge with soapy water and making small circles for about 60 seconds, then larger circles for about 4 or 5 minutes. Although it takes about 36 hours for a tick to attach itself, bite, and transmit the Lyme pathogen, it’s best to shower soon after being in heavily wooded areas. Then do a body check (or have someone do it for you)—ticks like to hide in moist, dark areas such as armpits, groin, behind ears, etc.