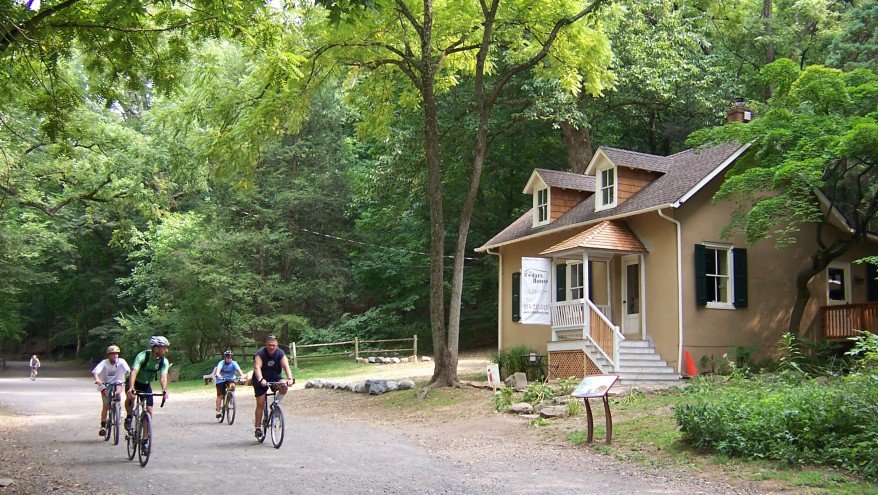 The Cedars House celebrated its fifth anniversary in 2015 by hosting a celebration and barbecue with specials, smoothie deals, live music, games, nature activities, and more! The Cedars House is located in the Andorra Natural Area. This area, which was formerly part of the Andorra Nurseries, is an important historical site in the Wissahickon.

During the late 18th-century this building housed the offices of the Andorra Nurseries. Then, for a period of time, it was known as a park ranger station. Later on, Fairmount Park (now Philadelphia Parks & Recreation) took over and the house became a storage building. Soon after, people lived in it for some time, but it eventually became dilapidated.

Ricki Eisenstein has lived across the street from this building for a long time. In 2010, after meeting Lucy Strackhouse, Executive Director of the Fairmount Park Historic Preservation Trust, Eisenstein found out that the house was available for rent as a business. Eisenstein thought, being “between career paths, it would be fun” to run a cafe. “The place was run down, and there were many holes in the floor,” Eisenstein said, but she took on the challenge of renovating the old house, and by the end of 2010, The Cedars House opened.

This unique cafe located in Wissahickon Valley Park offers breakfast, lunch, and some community-made snacks throughout the year. The Fresh Artist, a nonprofit organization, donated some of their paintings to The Cedars House, giving the building a lively feeling. There are lockers stationed on the inside where people can keep their belongings when they are out in the park, and The Cedars House provides a wellness studio where guest can enjoy a massage or acupuncture. Also, the building is available for rent for different types of events or activities. The Cedars House has contributed a lot to the community and it is truly a personalized and relaxing place.

FOW Intern Alana Garey, sixteen, attends West Catholic Preparatory High School and worked in FOW’s office and in the park throughout the summer. She was a participant in a program at Triskeles Green Career Pathways (www.triskelesprograms.org), a nonprofit organization which helps students develop skills for work, healthy lifestyles, and social responsibility.