Need Motivation to Complete the All Trails Challenge? 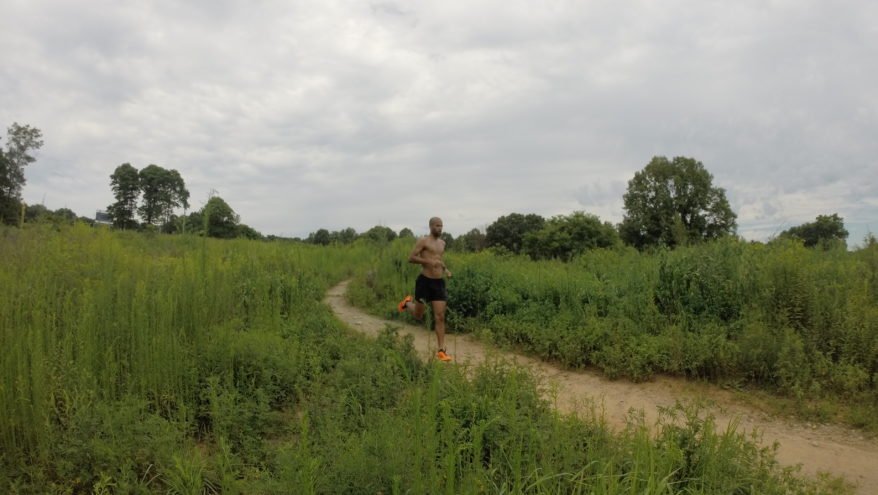 Try the Four Corners method developed by Matt Palombaro and Christopher Moore, from Wyndmoor. Moore has always lived near Wissahickon Valley Park—if you don’t count his college years and a few years in central New York State—and started running in his late twenties. Moore began running in the Wissahickon in 2001 and was introduced to trail running by the Wissahickon Wanderers, through which he met his wife (who runs trails and ultras), and became one of its longest continuously tenured members. He went on to compete in 50- to 100-mile races, but says those days are mostly behind him. Now the 44-year-old small-scale design/building contractor (and former architect) lives near the park in Roxborough and can be seen most weekend mornings in the Wissahickon with his wife and Australian shepherd, Scout. FOW’s Outreach Manager Sarah Marley had the chance to interview him recently. Below are some highlights from the interview.

Want to join the All Trails Challenge? Register here!

What is Four Corners?

After many years of exploring trails throughout the park, short segments at a time, a fellow Wanderer (Matt Palombaro) and I postulated about running the entire perimeter of the park in a single run. We decided to call it the Four Corners, referring (loosely) to landmarks near each corner of the park: RittenhouseTown, Hermit’s Cave, the Andorra Tree House, and Northwestern Stables. Shortly thereafter, we ventured out from Valley Green along the upper trails, attempting the feat. . . . Roughly three or four hours later, we made it. . . . The course we covered may have only been 15 or 16 miles. But that is how it began.

How does one complete the Four Corners in the Wissahickon?

The Four Corners is not an exact route, but more of a living document, for lack of a better description. The point of it is to circumnavigate the entire park, getting the maximum distance possible without unnecessary repetition. The course itself is in constant flux. Early on, it was a matter of finding new or hidden trails to extend the distance, like the little-used trails on the other side of Lincoln Drive. But for many of us, there are very few trails left to be discovered. In the last few years, the distance and route has changed more with all the great new trails being opened up. . . . And while group runs typically start at Valley Green (for convenience and available water), there is no direction or prescribed way to go about it. Just pick a direction/corner, get on a trail, and run to it, and then keep going. The last time I ran the course, my GPS recorded over 24 miles. It can be run in probably 18 or 22 miles on any given day, it just depends on the route you choose to take. The spirit of the Four Corners is just about traversing all over the park and enjoying the experience. Click here for a link that run/route.

Is doing the Four Corners in the Wissahickon significantly different than doing it in other locations?

Trails are trails, but they each have their own character. The Green Ribbon and Pennypack are both great, but both are flatter and a lot more exposed to neighborhoods, streets, and traffic. Going farther out from Philadelphia—Reading, the Catskills, the Appalachians—all are equally great options, but the Wissahickon, for me, is what I see out of my window and within a few short minutes, I can be in the woods all by myself with little or no evidence of being in a major city. And, with the Four Corners, I can keep that feeling going for several hours without revisiting the same trail.

I have done my share of running on roads or on the track, as is typically required to get the mileage and speed for the longer races. But I rarely enjoyed it, and it is usually because I “have to.” Trail running is easy. It doesn’t require the mental toughness of doing something you don’t want to do. There is always something to look at and keep your mind active. Even if I start out a trail run in a bad mood, almost always that mood has changed when my run is over. Not to mention, one trail in February is nothing like that same trail in June, and again completely different in November.

Any idea how many people have achieved completing all Four Corners?

Since the Four Corners is more of an idea that an actual specific trail or route, there is no way of knowing. I have probably run it at various times with 20 or 30 different people. But in the last few years, via social media or seeing references to it in various running magazines, websites, or other places, it seems to have taken on a life of its own.