Home · News · Nature · From the FOW Archives: All Isn’t Really Dead in the Dead of Winter

From the FOW Archives: All Isn’t Really Dead in the Dead of Winter 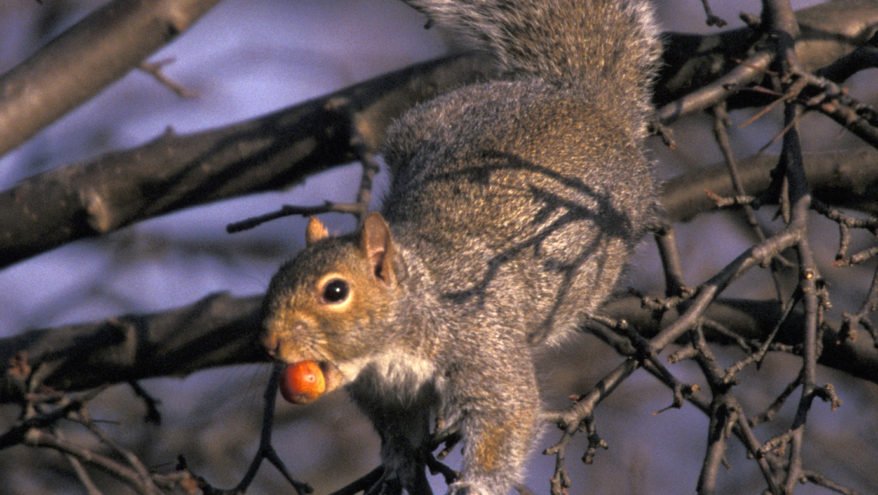 One in an occasional series in which FOW publishes articles that appeared in our publications in the past, and still resonate with us today. This piece was written by Debbie Carr, former Director of Environmental Education for Fairmount Park (now Philadelphia Parks & Recreation), and appeared in FOW’s Winter 2006 Newsletter. She also served on FOW’s Wildlife Committee for many years. This article was updated on December 14, 2022.

Each November, as my friends and I hike along the Wissahickon trails in Fairmount Park discussing the latest movie or political foible, a sudden cold blast of air hits us. Someone will invariably look out at the bare trees and stark gray tree trunks, let out a long sigh, and lament that winter is on its way. Part of me understands this feeling—it’s hard to give up the lush green foliage and sound of cicadas and crickets in late summer. But I have found that winter has its own beauty. It is special—almost mysterious—when the woods are completely still, and you come upon the soft taps of a downy woodpecker searching the bark of a tree for insects wintering underneath, or hear the crackle of dead leaves on the ground as a squirrel secretively digs up a cached nut.

Winter is a difficult time for wildlife. With cold temperatures and a shortage of available food, some migrate south, like many of our insect-eating birds. Other creatures have evolved strategies to survive, and discovering these strategies is fascinating. Sometimes, knowing what is going on underground or under the bark of a tree, or who is sleeping where (and with whom), makes a walk in the woods more exciting.

Tree cavities and snags are critical for wildlife in winter because they provide shelter for many species from the bitter cold and winds. Look up at any large tree along the trail and you may see these tree cavities, created from old flicker holes or areas in the tree where the wood has rotted. Gray squirrels, raccoons, and opossums bed down in these at night. Chickadees, tufted titmice, woodpeckers, and nuthatches seek them out on cold days. You might find three or four chickadees huddled together in one hole if the temperatures dramatically drop. There is fierce competition for these cavities. Unfortunately, we have been losing them as our large, old trees in the Wissahickon fall, and younger trees have yet to grow tall and replace them. Without these natural shelters, many wildlife creatures won’t make it through the winter.

It is common knowledge that the gray squirrel gathers nuts in fall, when they are readily available, and stores them for winter by burying each nut individually in a small, shallow hole, locating them later through smell and memory. But during my walks in the Wissahickon, I would often find hundreds of half-eaten acorns on the ground. When conserving energy in winter is so important, why, I wondered, were the gray squirrels tossing away the remains of perfectly good acorns?

It turns out that the bottom half of red oak acorns are loaded with bitter-tasting tannins. To avoid these, squirrels pry off the caps at the top, eat the upper half, and then throw out the rest. Gray squirrels are also particular about which acorns they store. When a squirrel finds a red oak acorn, it caches it for the winter; when it finds a white oak acorn, it eats it on the spot. White oak acorns germinate (sprout) right away and go bad quickly, while the red oak acorns germinate in the spring and preserve well over the winter. If the gray squirrel can’t find enough red oak acorns to store, it will bite out the embryos of white oak acorns (located at the bottom half of the acorn) to prevent them from germinating. Very clever.

The Eastern chipmunk is a favorite visitor at Fairmount Park’s Wissahickon Environmental Center (Andorra Tree house). It is full of energy, scampering around with its cheek pouches full of bird seed. Because it is awake from dawn until dusk, the chipmunk is easy to observe in the Wissahickon. But in late fall/early winter, these little ground-dwelling rodents disappear into their burrows to spend the winter. You can sometimes find their two-inch diameter burrow entrances under exposed roots and log piles and in earthen banks. The burrow is a cozy place for winter, with a long tunnel and chambers off the sides for sleeping, food storage, and an “outhouse.” Walking along the trails, you would never know these burrows existed so close under your feet.

Chipmunks are famous for hoarding, and work through the fall to fill the food chamber with enough provisions (dogwood seeds, beechnuts, acorns, hickory nuts, and dried mushrooms) to last the winter. When weather conditions are right, the chipmunk descends down the tunnel, covers up the entrance hole with dirt, curls up into a little ball, and goes to sleep—not a true, hibernating sleep, but a “torpor.” Every few days (or perhaps even a week or more) the chipmunk will wake up, eat some of the food in its storage chamber, visit the outhouse, groom its fur, and then go back to sleep. On a particularly warm winter day, you might see the chipmunk venturing above ground, but only for a short while.

Red foxes are secretive but you can often tell where they have been by what they leave behind—scent markings. Foxes leave scent markings to outline the boundaries of their territory or to mark a cache of food. After crossing so many of their trails, my husband and I have learned how to detect their scent, which is similar to a skunk’s, but fainter.

Foxes are active in winter, but not easy to observe because they hunt at night and sleep during the day, usually in an open area exposed to the sun’s warmth. Your best chance at spotting one is near areas of both fields and woods in the early morning. David Bower, one of FOW’s most dedicated volunteers, has spotted them on the Walnut Lane Golf Course near the clubhouse and at Thomas Mansion along Lincoln Drive. Others have seen them behind Saul High School at the edge of the woods.

Years ago, a former administrative assistant at the Andorra Tree House, Jennifer Lloyd Pain, became fascinated with woodchucks and watched them from her office window. At lunch, she ran outside and observe them more closely. In time, she could locate their burrow entrances and identify a number of individual woodchucks by the subtle differences in their fur coloration. When November came that year, Jennifer had to resign herself to enjoying the digital photos she had taken because the woodchucks disappeared down their burrows for the winter.

Woodchuck’s survive cold temperatures and the shortage of leafy vegetation by sleeping through the winter…literally. The woodchuck, also called the groundhog, is Pennsylvania’s only true hibernating mammal (except bats). To prepare for the long duration without food, the woodchuck eats as much as it can during the fall. Some woodchucks at the Tree House get so fat their stomachs actually drag across the ground.

In mid-November, when temperatures drop considerably and the days become shorter, the woodchuck crawls into its tidy burrow for the winter. It lies down on its nest of dried grass and leaves and begins to fall into a coma-like state. Its breathing is so slow, it almost stops, and its temperature drops from 100 to between 37-57 degrees. The woodchuck quietly sleeps through the winter and is not seen above ground again until, well, Goundhog Day.

Shortly after a snowfall is a great time to look for wildlife tracks. It pays to follow these footprints. You might be following the tracks of a cottontail rabbit, a deer, a raccoon, or a white-footed mouse, all active in the Wissahickon in winter. If the tracks are large and end at a tree, look up. It could be a raccoon spending the warm winter day resting high up on a branch. My husband and I once lifted up a felled log and found a small, white-footed mouse curled up next to a small pile of acorns.

Don’t give up on your hunt for wildlife in the dead of winter. Bare trees and shrubs improve our visibility. Soft snow records many stories. And you can still learn a great deal about wildlife if you dress warmly and keep your senses sharp.