Home · News · Education · Back to school with Let’s Go Outdoors!

Back to school with Let’s Go Outdoors! 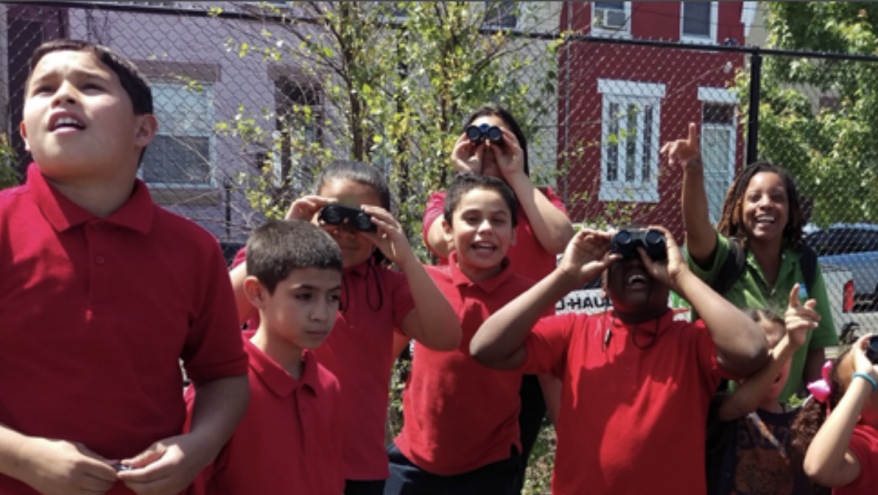 After finishing college at separate schools, twin sisters Tarsha and Keisha Scovens wanted to spend some time together before embarking on their adult lives. It was 2010 and they spent the next year or so discovering the outdoors on a cross country road trip, eventually taking posts with AmeriCorps in Utah. The Scovens sisters, who are women of color, went camping and joined hiking clubs, seeing a lot of nature – but not a lot of people like themselves.

Outdoor experiences were not part of their childhood in Connecticut and, evidently, they weren’t alone. Due to lack of access, awareness, and opportunity, statistics show that African American outdoor recreation participation rates have historically been lower than among other ethnic groups. Case in point: The Outdoor Foundation’s 2019 Outdoor Participation Report found that there “…continues to be a gap between the diversity of outdoor participants and the diversity of the U.S. population… Caucasians represented 74.8% of moderate participants, the highest among ethnic groups. Since 2013, African American moderate participation has remained steady around eight percent.”

Tarsha realized it was a pattern she didn’t want to see repeated with her children or other young people of color and set out to change it. With guidance from the Women’s Business Development Center in Philadelphia and a grass roots survey in her West Oak Lane neighborhood about people’s interest in participating in outdoor programs, Tarsha built her passion into a proposed business venture. Her vision – Let’s Go Outdoors – would be an outdoor programming organization built around the premise of getting young people of color – and their families – outdoors. According to a 2018 survey by the Outdoor Industry Association, “adults who were introduced to the outdoors as children were more likely to participate in outdoor activities during adulthood than those who were not exposed to the outdoors as children.”

In 2012, Tarsha won the Turning Point Award from the Women for Social Innovation group, a former giving circle of The Philadelphia Foundation, which offered seed money to “emerging social innovators for developing creative and entrepreneurial solutions to a difficult problem affecting women, girls, and families.” Let’s Go Outdoors became a reality.

Before COVID-19, Let’s Go Outdoors offered varied program models based on a primary three-step model to alleviate barriers to outdoor experiences for underrepresented populations. It involved a classroom/indoor lesson, an onsite outdoor activity, and a field experience. But, like so many organizations, they’ve taken their educational programming virtual with story times and limited socially distanced activities. Despite current program restrictions, increasing student and adult interest in the lifelong benefits of the outdoors and attracting new stewards of nature continues to be their goals.

To carry out its motto of “Connecting City Communities to Outdoor Experiences!,” Let’s Go Outdoors’ depends on the strength of organizations collaborating in the environmental and “green” space. “We partner with organizations that support the same vision and interest and want to serve as an extension of us in their communities,” said Tarsha, who runs Let’s Go Outdoors with Keisha. Now living in Lancaster, Keisha also oversees the organization’s 22 educator consultants, as well as its therapeutic program initiatives, focusing on improving youth speech communication skills using outdoor activities and themes.

Let’s Go Outdoors currently works with 14 partners to engage families in activities such as camping, hiking, fishing, boating, and more, including Friends of the Wissahickon (FOW), a partner since 2014. Among their recent collaborations: In 2017, Let’s Go Outdoors conducted a survey with FOW of non-Wissahickon Valley Park users, particularly people of color residing in neighboring communities, to learn more about their perceptions and use of the park and how FOW can make it more welcoming; while last year staff members played games and made summer memory books with little ones at FOW’s annual Ice Cream Social. Most recently, FOW has partnered with Let’s Go Outdoors to offer the Little Friends of the Wissahickon program, a free virtual story program for children in kindergarten through second grade enrolled in the School District of Philadelphia.

The Scovens sisters are spearheading a movement to ethnically diversify outdoor participation. For more information about getting involved in Let’s Go Outdoors outreach or taking one of their neighborhood surveys, visit their website at letsgooutdoors.net!

This article was originally published in FOW’s 2020 Summer Newsletter. Catch up on the rest of summer news in the Wissahickon here!