Home · News · Nature · A Season for the Birds (and Bird Lovers)

A Season for the Birds (and Bird Lovers) 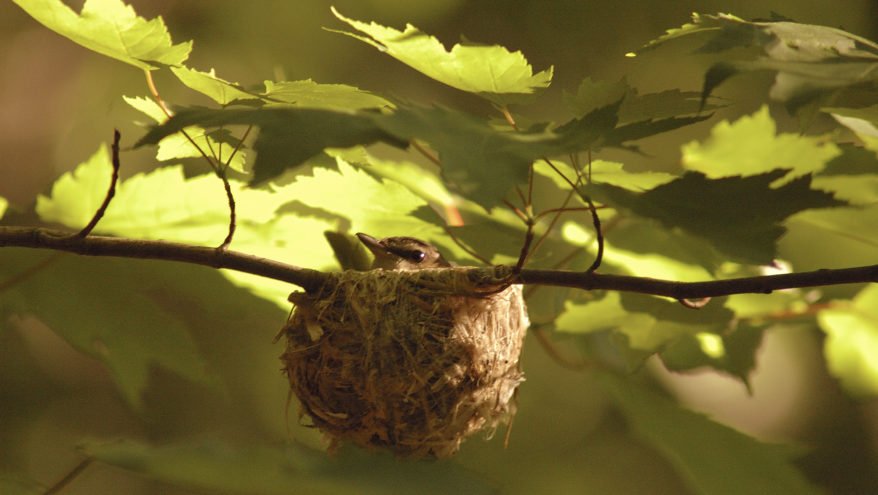 It’s not just people who flock to the Wissahickon this time of year. Birds who reside, nest, or migrate through the natural habitat of the park’s forests and meadows are in abundance. On a recent cool, overcast day in May, 12 hearty bird enthusiasts joined me on Forbidden Drive to observe and hear some avian friends.

A big puddle along the trail turned out to be a perfect surprise place to spot the first bird. A veery (thrush) was foraging for food around the water, carefully watching the visitor traffic passing by. In the background, the group heard the “see me–hear me–find me” song of the red-eyed vireo, which called several times during the half-mile walk to the Red Covered Bridge.

Other highlights included a pair of ruby-throated hummingbirds searching for nesting materials at a spiderweb just a couple of feet in front of the group–many birds use the strong, yet soft, spiderwebs for their nests. The hummingbirds nest along Forbidden Drive every year. After a sharp “chipppp” sounded, two male common yellowthroats, one of the species that nests in the park, popped up while they were feeding on insects in the vegetation. How exciting it was when wood ducks were spotted in the canopy–both male and female were on a sycamore limb. They are cavity nesters and are partial to sycamore trees and the bird nest boxes that Friends of the Wissahickon have placed along the creek.

All-told, the sharp-eyed participants on the walk saw/heard 41 species of birds! Below is the list that was documented and reported to the Philadelphia Bird Count.

It certainly was a glorious day for birding. Thank you to the hearty group members who did not let lack of sun dampen what turned out to be what one of them described as a “magical experience.” Happy birding!

Ruth Pfeffer is owner of Birding with Ruth and creator of the birding program at the Morris Arboretum.