Home · News · Newsletter · It Takes a Village to Build a Porch

It Takes a Village to Build a Porch 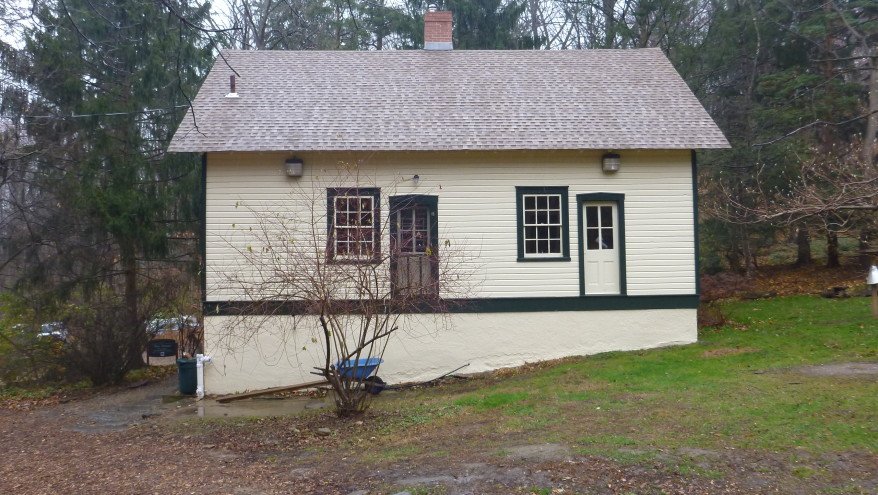 It Takes a Village to Build a Porch

It is known as the Tree House, but the tree growing through the porch roof that gave the

Wissahickon Environmental Center (WEC) its name was removed long ago, followed by the porch itself in 1981 due to safety concerns. When FOW began the restoration of the Andorra Natural Area in 2011, improving conditions at the Tree House and replacing the missing porch, which will be used as an outdoor classroom, was a priority.

“It reengages that side of the tree house, which had been forgotten,” says FOW Project Manager Henry Stroud. “The staff does a lot of their outdoor activities out on the lawn, so the porch allows a natural movement from the house out to that space.”

The WEC, part of Philadelphia Parks & Recreation, plays an important role in the community. By educating park visitors of all ages, it helps secure current and future stewardship of the Wissahickon Valley. According to FOW Executive Director Maura McCarthy, it is the only city operated environmental center in the Wissahickon. “The WEC is one of the primary modes of communicating with children and families about the importance of our wildlife and habitat in the Wissahickon,” says McCarthy, “so our relationship with Philadelphia Parks & Recreation staff at the Tree House is very important to FOW.”

The Community Comes Together 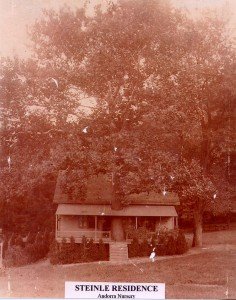 FOW worked with professional trail builders and dedicated volunteers to overhaul the trail system. With contractors, architects, and conservators, they installed a compost toilet, restored the Tree House, and added the porch with a green roof to the building. This work was made possible with grants from the Pennsylvania Department of Conservation and Natural Resources (DCNR), the McLean Contributionship, the Marshall-Reynolds Foundation, REI, PECO Green Region, and individual donors. The projects are part of the Sustainable Trails Initiative, which will make the 50 miles of natural surface trails in Wissahickon Valley Park an environmentally and socially sustainable system that works for all park users.

Designs for the porch were developed by Archer Buchanan Architects of West Chester with input from the Tree House staff. The Fairmount Park Conservancy was hired to restore the exterior of the building and construct the porch. The Trust removed the existing paint, which was contaminated with lead, from the original building and replaced damaged siding. The building was then repainted to match the time period in which the structure was built. Construction of the porch began in 2014.

Built with sustainability in mind, a green roof designed by Roofmeadow of Mt. Airy was installed in the spring of this year by Roofmeadow Services, Inc. The green roof is part of an effort to reduce the building’s impact on the park’s sensitive habitat, as green roof systems have many environmental benefits over traditional roofs.

More Than Just a Porch

FOW has done its best to pay homage to the tree that used to grow through its roof. According to Stroud, FOW enhanced the Tree House theme by using tree cutouts in the railing around the porch and placing a round cutout beneath the skylight in the porch roof. FOW plans to place a “tree cookie” into the porch floor directly below the skylight. This slice of a fallen tree will be flush with the floor so visitors can walk on it. “We are trying to mimic the shape of the tree so a person can stand there and think about the tree that used to grow in that space,” he says.

The new Tree House porch does more than provide additional space for environmental education programs. It gives the Tree House staff the opportunity to educate visitors on the benefits of green roofs. Green roofs absorb rainwater instead of letting it, with the pollutants it carries, run into storm drains and waterways. Plants and bacteria that live in the soil filter rainwater before it flows into the landscape. Native plantings host beneficial insects and provide food and habitat for other wildlife. In hot summer months, green roofs absorb far less heat than traditional building materials like wood or asphalt shingles. This reduces cooling costs and overall energy consumption.

Visitors to the Tree House will learn all of this and more. The Wissahickon Environmental Center connects with a truly unique trail resource, adjacent to a remarkable section of the park with a beautiful meadow. It is also positioned at the intersection of Philadelphia and Montgomery Counties. This makes it a part of Philadelphia that is frequently visited by residents of the suburbs, and thereby expands the Wissahickon Valley Park community. “The Andorra Natural Area is a bridging zone of the park,” says McCarthy. “We welcome all our Philadelphia friends and suburban neighbors to visit and enjoy this inspirational project at one of the most loved landmarks in the Wissahickon.

Growing up at the Tree House

James Lupica grew up in the Tree House, the building that houses the Wissahickon Environmental Center. He lived there from the age of 12 until he married in 1956 at the age of 21. His family remained in the house until the Houston family donated the land to Fairmount Park. Mr. Lupica is a retired carpenter and lives with his wife, Laura, in Wyndmoor. Below are highlights from a conversation he had with Denise Larrabee, FOW Editor/Writer.

Life at the Tree House

I was born in an old stone house, burnt down now. It was less than a hundred yards from the Tree House. We moved out of there to the Tree House when I was about twelve. We lived there, my brother, sister, and I, and my mother and father, and my grandfather.

Any nursery employee could rent those houses on the property and live in them for about $10 or $15 a month. But the nursery did no repair on the houses. If the roof leaked, you had to fix it yourself.

My father worked for Andorra Nurseries; he was like a supervisor. They used to work six days a week, half a day on Saturday.

We used to have to go up on the roof and cut the roof around the tree because every year it grew bigger. And when we had a storm, like a real bad wind storm, the whole house used to creak like a sailing ship. But it was a strong house. I built the front porch on there after I finished high school. There’s a pair of double doors that go into the basement, I put them up when I was an apprentice carpenter.

There used to be a division in the cellar and there was a crick that ran through it, but only in one section. We didn’t use it, but they used to keep the milk and other stuff in there to keep it cold.

My father had a garden and they would grow 300 to 400 tomato plants. My mother would can them and in the basement we would have shelves lined up with all the canned food. And we would cut wood to burn in the winter.

Working at the Andorra Nurseries 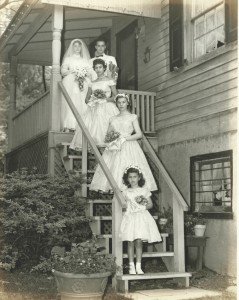 When the nursery was [leasing the land], it was just fields of azalea and rhododendron bushes, and it was divided up into sections with roads through it.

The nurseries would hire high school boys in the summer. I did work there in high school in the summer time, but I worked in the green house right across from the stable on Northwestern Ave.

They used to have big picnics one day a year [for the employees]. They would grease a pig with lard and turn it loose. And all the men would try to catch it. Whoever caught it, got to keep it. They would have hotdogs for the kids and big pots with roasted corn. They had beer for the men on tap. And a barrel of birch beer for the kids. And they would take a picture. [Mr. Lupica’s mother donated one of these photos to the Tree House and it can be seen there.]

When the Wissahickon is your Backyard

We used to go fishing in the Wissahickon all the time as kids. We would go down and catch a trout and build a little fire and cook it. And we used to go swimming every day in the summer. I had a little mutt called Butch and he was our mascot.