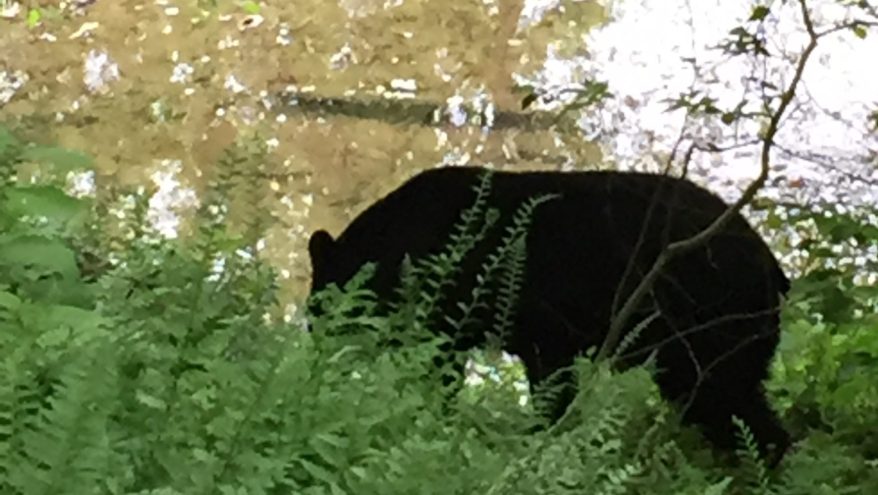 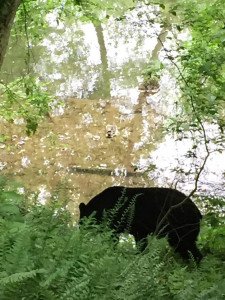 The black bear that visited the Wissahickon last Friday.

A: If it wasn’t the same bear, it would be a freak coincidence. The Upper Dublin bear probably headed to Springfield Township in Montgomery County, where there was a bear sighting before the sighting in the Wissahickon. All of the information pointed to the fact that was the same bear. After the Wissahickon, I would venture to guess the bear might have walked to Conshohocken and made its way south. The next day, there was a bear sighting in Chadds Ford, which is close to Tredyffrin. It makes sense.

Q: What do you know about bear behavior that may explain why the bear was moving from a forested area?

A: The bear was probably a young male born two years ago—a very big cub. Basically, his mom sent him out on his own and told him to find his own home. With so many wildlife trails and wildlife corridors in the area, the bear leaves home and starts walking, and all of a sudden, it’s in the Wissahickon and has a whole park to explore. May is always a typical nuisance month for bears for us. The bears wake up from hibernation in March and by May, they are out looking around. It’s typically the month where we see more bears on the move.

Q: When was the last time there were reports of a bear in Philadelphia?

A: I’ve been here for 17 years and this is the second bear I’ve seen in Philadephia. In 2013 we had one come down through Abington through Pennypack Park to below the Pennypack Environmental Center. It was in town for two or three days. We brought a trap to the place where it was hanging out and we set the trap with Dunkin’ Donuts. They are excellent bait for the bear. I had to go into the Dunkin’ Donuts and ask for a couple dozen stale donuts—I went back and brought in the bear trap to show them that I wasn’t just trying to get free donuts! We trapped the bear and transported it to a location above Allentown.

Q: What’s the best way to trap a bear that’s in the city?

A: Bears want food and go to where the food is. When they get scared, they go into a tree. When a bear goes up a tree, it’s the perfect scenario. If a bear is in a tree, we like to keep it in a tree.  We can tranquilize it, then we tag it and give it a license plate, like an earring, so we know about it when we see it again. Then we transport it to another county. Usually we take bears around here to Schuylkill, Berks, Northhampton, and Lehigh counties.

A: There are 20,000 bears in Pennsylvania. They encounter people every day. Just make yourself look bigger and make noise. Don’t go up a tree. The worst thing you can do is go up a tree. Bears can climb a tree faster than a monkey. Usually what happens is a mother bear is out with her cubs and she hears a human and makes a noise to tell her cubs to go up a tree. Walk the other way and never get between a mom and her cubs.