FOW is here to provide information for you about the Wissahickon Valley Park during the COVID-19 crisis as it becomes available. Visit fow.org/covid-19 for updated park information.
Home · Plan Your Visit · Structures & Landmarks 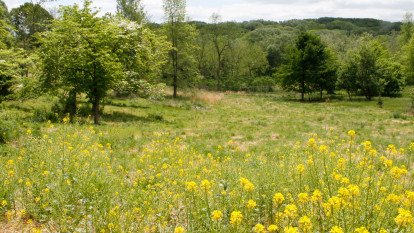 This meadow was restored to expand habitat for birds, pollinating insects and other wildlife. Formerly a tree nursery, the land was cleared of invasive species and planted with native trees, shrubs and warm-season grasses supporting over 20 species of birds. 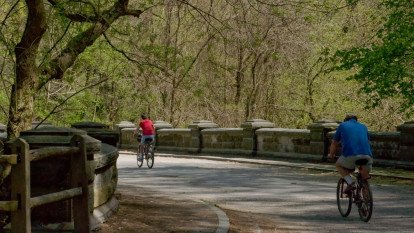 Built in 1896, it was originally known as the Old Red Bridge or the Lotus Inn Bridge. The bridge was once the principle by-pass route around Philadelphia between New York and Baltimore. 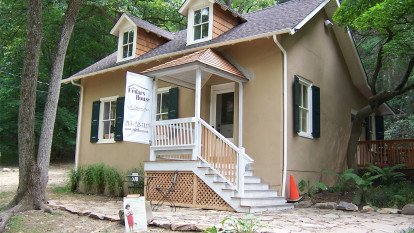 The Cedars House is a café situated on Forbidden Drive that offers breakfast, lunch and snacks throughout the year. Open from 8 am – 3 pm every day, the café and upstairs wellness studio help refuel visitors’ bodies and souls for their adventures in the park. 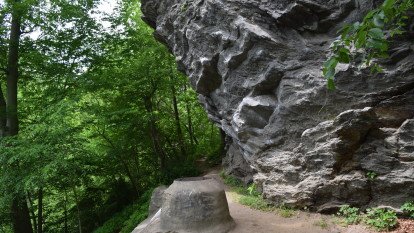 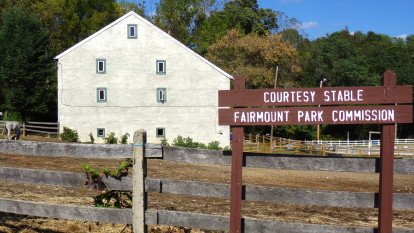 This stable offers opportunities to the public in all areas of horseback riding, horse care and horse health. The equestrian facility is maintained by the Boarders and Stewards of Courtesy Stable as a 501(c)(3) non-profit organization. 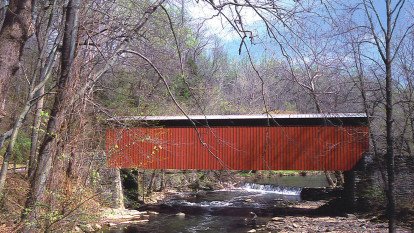 Originally built in 1737, this is the only remaining covered bridge in the Wissahickon. The bridge was restored in 1938 by the Works Progress Administration (WPA) and again in 1999 with funds from the Fairmount Park Commission (now Philadelphia Parks & Recreation). 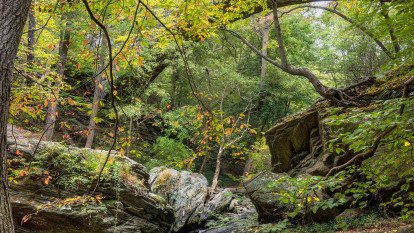 Many legends surround Devil’s Pool, a deep pool at the confluence of Cresheim and Wissahickon Creeks. Shakespeare Rock, with a carved quotation from “Two Gentlemen of Verona” (II, vii), overlooks the pool. 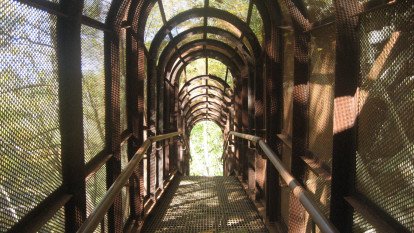 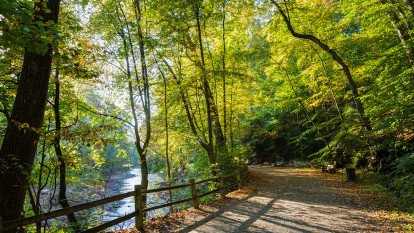 This gravel road follows Wissahickon Creek from Northwestern Avenue to Lincoln Drive and is the main thoroughfare through the park. It was constructed between 1823 and 1856 and originally operated as a turnpike. It was named Forbidden Drive when it was closed to motor vehicle traffic in 1924. In 2018, it was named as the Pennsylvania Trail of the Year by the Department of Conservation and Natural Resources. 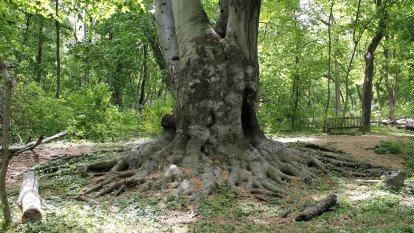 The Great Beech, Fagus sylvatica, is the largest of many specimen trees Richard Wistar planted around 1860 when he purchased and named the Andorra Farm. The tree was designated a Pennsylvania State Champion European Beech in 2006 with a height of over 102 feet. 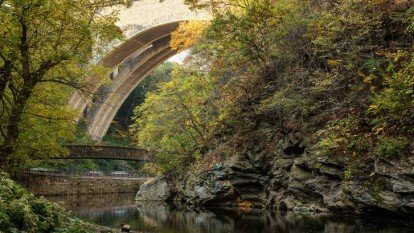 Also known as Wissahickon Memorial Bridge, this bridge was designed by Paul Philippe Cret, a nationally acclaimed Philadelphia architect in collaboration with Frank M. Masters in 1927. It is dedicated to the men and women of Philadelphia’s northwest neighborhoods who served in World War I. 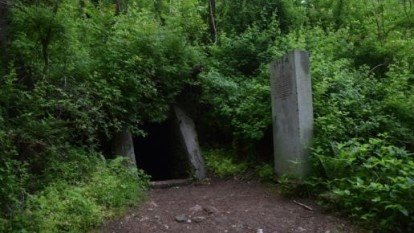 The cave is where John Kelpius, a German-born mystic and leader of a small religious group, was said to have meditated. The religious group had moved into the Wissahickon wilderness in 1694 to prepare for the end of the world and the Last Judgment. 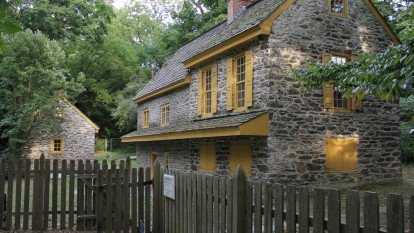 Established in 1690 by William Rittenhouse, this is the site of the first paper mill in North America and the birthplace of David Rittenhouse. Seven buildings remain on this 30-acre site, which was declared a National Historic Landmark in 1992. Events, workshops, and programs are offered. 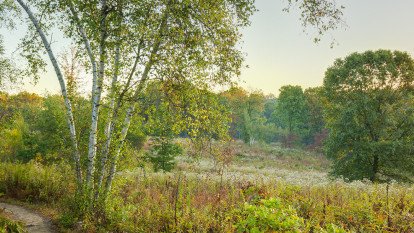 This 48-acre forest and meadow habitat was created as part of Philadelphia Parks & Recreation’s Meadow Creation Initiative (2001-2013). The meadow was seeded with native warm-season grasses and wildflowers, while nesting boxes for bluebirds and kestrels were installed to further enhance the wildlife habitat. 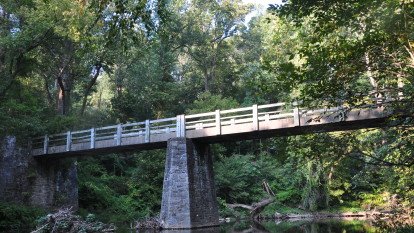 This bridge marks the former location of a covered bridge associated with the Kitchen’s Mill complex. William Kitchen converted the previous paper mill into a textile mill in 1852 before the land became part of Fairmount Park in 1873.

This historic house (ca. 1700), also called Glen Fern, was purchased by Thomas Livezey in 1747. He operated his adjacent gristmill as one of the largest mills along the Wissahickon Creek and within the Colonies. The adjacent dam (ca. 1700) was reconstructed during the Depression by federally funded Works Progress Administration (WPA) stonemasons. 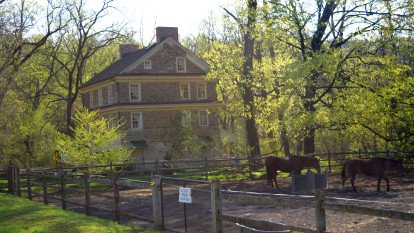 Home of the Philadelphia Saddle Club, this facility offers lessons and boarding. The house (ca. 1750) on the site was built by Joseph Gorgas and may have been used by the Baptist Dunker sect for meetings and in the 19th century as a stop on the Underground Railroad 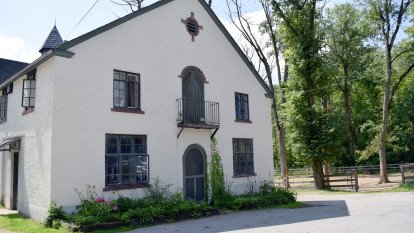 Northwestern Stables is a public stable providing horseback riding lessons, children’s programs, and boarding. The stables have a long history in the Wissahickon, stabling horses for over a century for some of the most prominent Philadelphians, including the Houston and Strawbridge families. 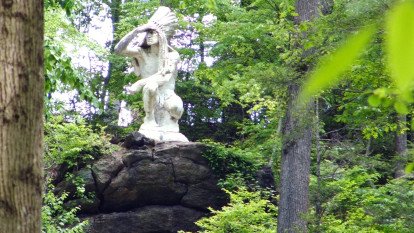 This kneeling warrior was commissioned by Mr. and Mrs. Charles W. Henry and carved in 1902 by John Massey Rhind (1860-1936). The statue is situated on Council Rock, the site where the Lenape Tribe are believed to have held gatherings. 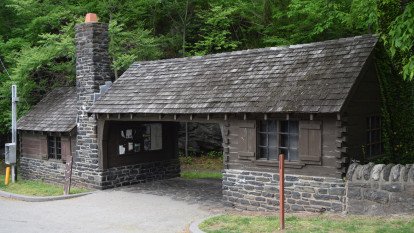 Built in 1940 by the Works Projects Administration (WPA), Ten Box was a shelter for the Fairmount Park Guards who patrolled the park by foot, horse, and bike. Each shelter had a telephone and wood or coal stove. 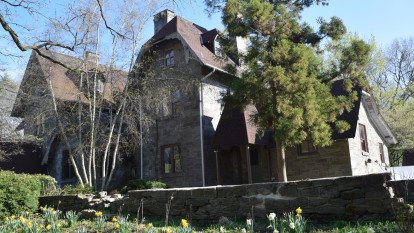 Constructed in 1869, George Clifford Thomas’s house is situated in Clifford Park. Mr. Thomas was an investment banker and philanthropist. Upon Thomas’s death in 1907, the mansion and gardens were donated to Fairmount Park and managed by the Fairmount Park Historic Preservation Trust. 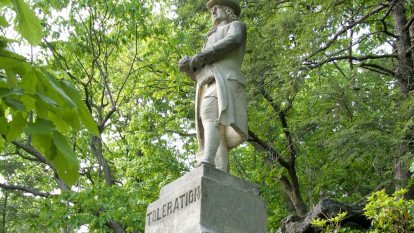 A gift from John Welsh, a prominent Philadelphia merchant and citizen, the statue depicts William Penn and commemorates his extraordinary policies of toleration. The statue was created by sculptor Herman Kirn and erected in 1883. 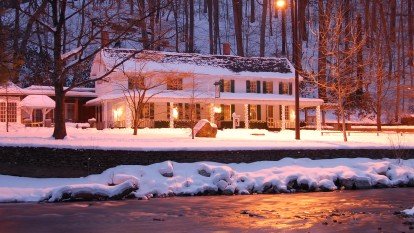 Centrally located within the park, this inn is the last remaining roadhouse of the many that once lined Forbidden Drive. Built in 1850, it was sold to the Fairmount Park Commission in 1872. Friends of the Wissahickon (FOW) has been the steward of the inn since 1937 and rents it for use as a restaurant. 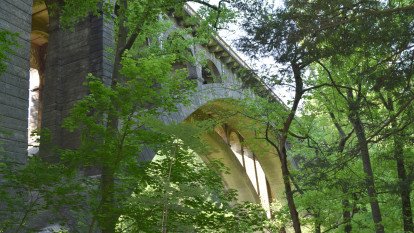 One of the first reinforced concrete bridges ever built, the center arch of this bridge made it the highest and longest in the world when it opened in 1908. The bridge connects Germantown and Roxborough neighborhoods across the Wissahickon Creek. 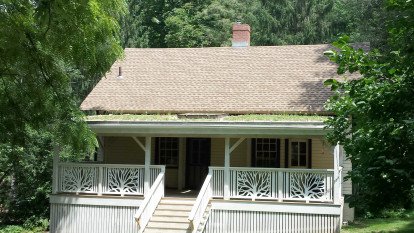 This environmental center is situated in the Andorra Natural Area and offers programs for children and families. The natural area was formerly a tree nursery and was donated to the park by the Houston family in the 1970s. 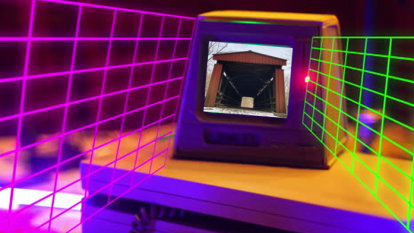