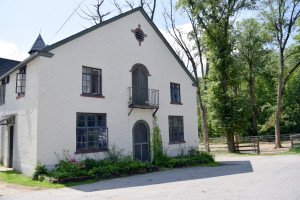 Located on Northwestern Avenue between Germantown Avenue and Forbidden Drive near Chestnut Hill College. Northwestern Stables was originally built in the early 1900s by a group of very wealthy and influential Philadelphians: Edward T. Stotesbury (President of the Fairmount Park Commission, an investment banker and at the time, one of the richest men in America), Eli Kirk Price II (Vice President of the Fairmount Park Commission whose grandfather helped establish the park in the late 1860s), John Pierpont Morgan (banking titan that helped finance and reorganize troubled railroads and owned stock in ⅙ of America’s rail lines), and John Sargent Price (original stable landowner, brother of Eli, avid equestrian, carriage driver and animal lover). These men stabled horses owned by more prominent residents such as the Houston and Strawbridge families.

The advent of the automobile soon surfaced, decreasing the need for equine 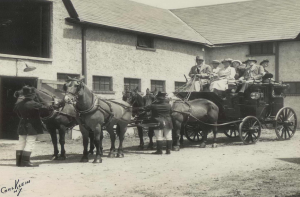 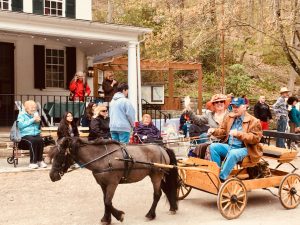 The stables eventually became a facility to be run by a community organization and not an individual and in 1929, began providing private boarding services and offered riding lessons. It has also served as housing for the Philadelphia Police horses and training center.

In the 1990s, Northwestern Stables allowed Friends of the Wissahickon (FOW) volunteers to keep their tools there. ”Words cannot describe what a special experience it was to enter the stable in the early morning, when the stalls hadn’t yet been cleaned, and the whole place wreaked of horse by-products – especially on a hot day!…Moving to the Pole Barn (the new FOW workshop), a few years ago, was a HUGE day in FOW History!” exclaimed long-time steward, David Bower. 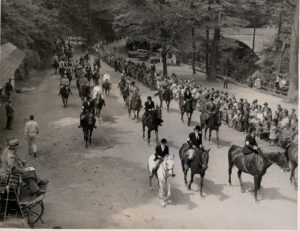 For nearly 100 years, the Wissahickon Valley has celebrated the Wissahickon Day Parade, in late April, as a result of the earlier protests. Horseback riders and carriages assemble at the stable and then march down Forbidden Drive in celebration of equestrian activities, the Wissahickon Creek and the preservation of this historical trail.