Home · Virtual Valley · Trails to the Past · Andorra Natural Area 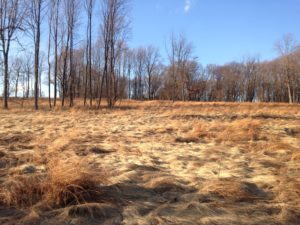 Situated on the northwestern most section of Wissahickon Valley Park, the Andorra Natural Area offers hikers a variety of trees (including The Great Beach, a state champion European Beech), a stunning meadow, and two historic buildings. A stroll along the trails shows glimpses into the past of this beautiful area.

In 1857, Richard Wister purchased land in upper Roxborough to build a beautiful estate farm. Shortly after the purchase, he had to abandon his dream property because his wife didn’t want to move from their fashionable Philadelphia address to this very rural property, grand or not.  And though he did do some great landscaping (a promenading entrance of European beech tree plantings, several still visible today) the house was never built.  When Wister died a few years later in 1863, his daughter sold the 63-acre Andorra Estate Farm.

In 1882, Henry H. Houston, the wealthy railroad tycoon, purchased 100 acres (including the former Wister Estate land), as an investment:  he intended to establish a Pennsylvania Railroad station/line into Roxborough from center city Philadelphia.  The venture did not pan out, but by 1886 Houston had an established nursery on the land and borrowed Wister’s estate farm name of “Andorra” for his nursery.  The beginning of Andorra Nursery was bounded by West Northwestern Avenue, Bells Mill Road, Wissahickon (now Forbidden) Drive.

Less than a decade later and just before his death in 1895, Houston 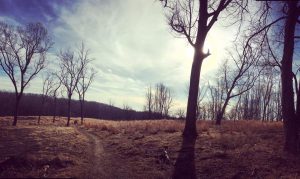 promoted William W. Harper, age 24, as business manager of Andorra Nursery.  At Houston’s death Harper purchased the business from Houston’s son, Sam, and leased the nursery land for 99 years from the Houston Estate.  Under Harper’s direction, by 1934 (after almost 50 years in business), Andorra Nursery grew exponentially to become one of the largest commercial tree and shrub nurseries on the East Coast.

The company catalogs started in 1893 and ended in 1940 near the start of WWII.  Early during the war, Andorra Nursery’s main sales office (presently The Cedars House Café at 200 West Northwestern Avenue) was moved to the old Andorra Inn in Montgomery County at Ridge and Butler Pikes to avoid the Philadelphia wage tax.  The company’s nursery and landscape business was reduced to a small garden center due to its employees being drafted for the war, one of the war’s negative financial effects on the business, and local land regulations.  By 1953 the company was simply managed by the Houston family’s Liberty Real Estate Bank and Trust, and the nursery business of the Houston estate dissolved in 1961.  This original portion of the Andorra Nursery then lay fallow for over a decade. 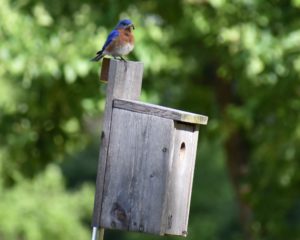 Due to suburbanizing pressures after WWII (land needed for houses), most of the nursery land, especially in Montgomery County, was sold for development.  The original 100 acres of the nursery land was sold to Fairmount Park by the Houston Estate in 1977.  The estate then gave the money back as a perpetual endowment with the direction that the land be used as a natural preserve, now known as the Andorra Natural Area.

Friends of the Wissahickon and Philadelphia Parks and Recreation restored a meadow to a large section of the Andorra Natural Area to expand habitat for birds, pollinating insects and other wildlife. The land was cleared of invasive species and planted with native trees, shrubs and warm-season grasses supporting over 20 species of birds.

Over the years, two significant buildings emerged on this Nursery land: 1) The main Andorra Nursery Office, to eventually become The Cedars House Café, and 2) a nursery employee’s house, to be known as the Tree House where the present-day Wissahickon Environmental Center resides.  Explore these locations on the Trails to the Past page to learn more