Home · News · Nature · Up at the Tree House: High Time for Hibernation!

Up at the Tree House: High Time for Hibernation! 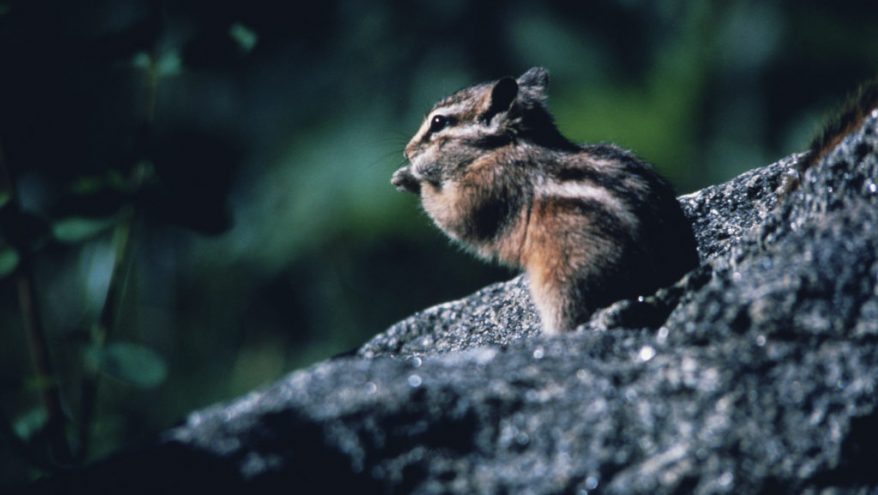 As the days grow shorter and colder, you may begin to notice that you are becoming less active as your pants become a bit tighter. You may joke about your “winter weight,” then cover yourself with a warm sweater as you settle into your winter routines. Adapting to the winter cold is not just a human behavior, many other animals adapt to the changing temperature, light, and food access as well.

In fact, adaptation is just one of three behaviors of animals preparing the winter. Every animal either adapts, migrates, or hibernates (or a combination).

To adapt to cold winters, an animal may grow thicker fur, change their appearance to camouflage, and/or group together with other animals for warmth and food sharing. Those that migrate are basically moving somewhere else. Some dig deep into the Earth, some travel a short distance, some fly around the world. The hibernators engage in some form of sleep. Of course this is a very simple, over generalization explanation of each.

Surviving the cold looks different for each species, and can be as fascinating as it is complicated, but a common denominator for most is storing fat to survive. This is most common among the hibernators.

When we think of hibernation, we often think of a bear. However, bears are not true hibernators that enter a deep sleep for many months. They will wake up periodically throughout the winter, which is called torpor.  Twice in the past 5 years, we were lucky enough to have a black bear wander through our woods, as the young boars (males) came out of hibernation in search of food and a home range. They did not stay, so we missed the fun of watching these skinny spring bears become fall fat bears. Luckily, we can still enjoy this yearly weight gain during #FatBearWeek on explore.org. This media provider of wildlife cams hosts a contest where the public votes on the fattest bears of Brooks River in Katmai National Park, Alaska, as they enter their hibernation or dormancy period.

We use hibernation as a general term for sleeping through the winter, however, there are various types of hibernation.  The most fascinating stories of fat storing and hibernation in the Wissahickon include animals storing nectar as fat, sleeping deep for months, breathing through their butt, almost freezing solid, and creating underground systems with all the necessities.  Here are their stories:

Bats: All of the eight species of bats that live in PA are insectivores, so when the insects die off in the winter, some bats migrate south, while others gather underground and enter true hibernation. Their body temperature drops to the air temperature, breathing and heartbeat slows dramatically, and fat stores are used while they sleep through the winter months. If awoken, they will use too much energy returning to sleep, and will not survive the winter. Scientists have discovered mass die-offs during hibernation due to White Nose Syndrome, a white fungus that grows on their noses and wakes them up mid-hibernation.

Butterflies: Most of the butterflies in our area will overwinter the life stage it is in come winter. Butterflies, like swallowtails, that enter into their chrysalis or pupa stage in the fall, will overwinter and emerge as butterflies in the spring. Monarchs however, will emerge from their chrysalises as adults as late as October, and begin preparing to migrate 2,500+ miles south to the cool oyamel fir forests in Central Mexico, and then enter diapause (a semi-dormant state) with hundreds of thousands of other monarch butterflies from throughout the United States and Canada. They survive migration and diapause on fat reserves that were stored when they were caterpillars eating milkweed, and as adults filling up on nectar before their long journey. Once they begin their migration south, they will not eat again until spring.

Frogs: Aquatic frogs such as the green frog, pickerel frog and bullfrog do not hibernate, they, like reptiles, brumate and do not enter a deep, multi-month sleep.   Frogs move to the bottom of their body of water, but not under. From here, they depend on stored fat and sugar, and the dissolved oxygen in the water. The frog’s heart rate and breathing drop so low (sometimes even stops), they no longer need to breathe through their lungs, and can live from the oxygen absorbed through their skin and cloaca (butt). As the temperatures drop below freezing, the sugar in their body prevents the frog from freezing solid.

Chipmunks & Groundhogs: The chipmunk and the groundhog both live underground in a burrow where they have created various tunnels and chambers to separate food storage, waste, and sleeping, along with multiple exits to escape predators. As winter nears the chipmunk stores food in the burrow, while the groundhog collects leaves and other materials to create a comfy, insulated bed. When winter arrives, the groundhog will enter true hibernation and sleep for as many as five months, surviving on its stored fat. The chipmunk’s sleep however, will depend on the temperature. When the temperature drops towards freezing, the chipmunk’s body will automatically slow its functioning, and it will stay inactive until the temperatures rise. This could be a day or a week or longer.

These are just a few of the thousands of animals in the Wissahickon that are each preparing for winter in their own way. Each journey through the forest or meadow, or along the creek in the fall, you can witness these specific preparation behaviors. Squirrels are hiding food for later, the chubby-cheeked chipmunk scurrying  underground, some birds gathering to stay, while others travel on their way, insect songs quiet, and reptiles and amphibians seem to disappear with the falling leaves.

When winter comes, the Wissahickon becomes new again with every visit. So put on those sweaters, squeeze into your pants, and work off a little bit of your stored fat as you witness the unique change of seasons for all of us animals.

Christina Moresi is the Environmental Education Planner for the Wissahickon Environmental Center. Find out more about their fall programming and sign up here!

Tags Hibernation, Up at the Tree House
Get involved- Become a member today!