Home · News · Education · The Wissahickon Flows Through It

The Wissahickon Flows Through It 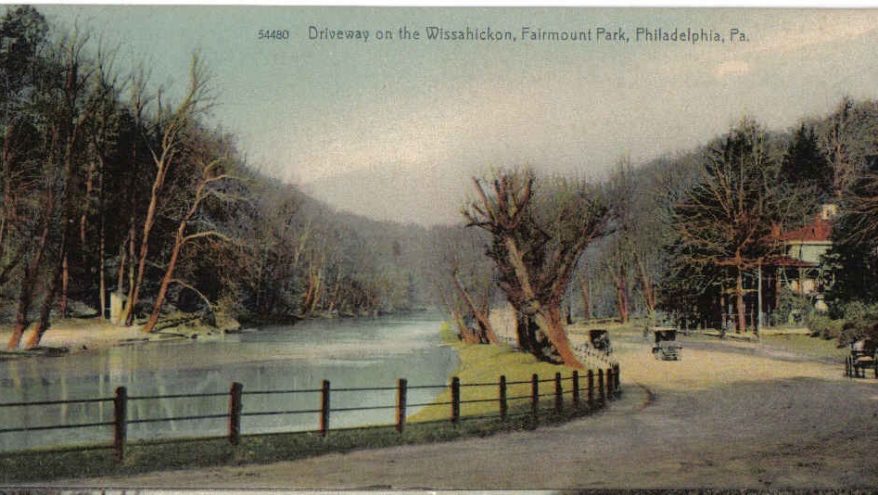 The Wissahickon Creek and Valley weave in and out of the narrative history of Fairmount Park in Professor Elizabeth Milroy’s The Grid and the River: Philadelphia’s Green Places, 1682-1876 (Penn State UP, 2016). How and why the Wissahickon was added to Farimount Park will be the focus of her lecture on May 16 at an FOW Valley Talk. She will also share some new discoveries she made while writing her new book. Below is an excerpt. Click here to register.

Lippard knew another place near Philadelphia where several components of John Claudius Loudon’s ideal park could be found, including diverse tree species and even a strolling band. This site attracted a broad cross section of the population and was not regulated. It was the Wissahickon, where Lippard set several of his novellas and is said to have staged his own wedding ceremony. Until the 1820s principal access to the creek had been limited to roads leading down to the mills from the surrounding ridges. After a steep ledge overhanging the creek near the mouth was removed in 1822, a road was built that opened the valley to pedestrians and carriage traffic. Passengers on the new Norristown and Philadelphia Railroad also gained an elevated view of the creek from the viaduct built in 1829. Soon inns opened along the creek to cater to the growing number of day-trippers and picnickers, as well as landscape artists. . . .

Though much of the forest had been thinned to provide fuel for the mills, enough of the tree canopy and tangled undergrowth remained in shadowed glades and copses throughout the rugged terrain to produce the kinds of irregularities and contrasts lauded by William Gilpin and other seekers after the picturesque. “[After] leaving the crowded suburbs, and traversing a narrow belt of highly cultivated country, studded with gardens, villas, buzy hamlets, grain-fields, bridges and magnificent public works, [the traveler] suddenly sinks among its wild and almost savage precipices,” reported one visitor, “where there remains scarcely any trace of the proximity of civilization.”

Dams, mills, and bridges added to the effect, according to actress Fanny Kemble, who devoted a long passage in her best-selling journal to the “fairy” landscape: “The thick, bright, rich-tufted cedars, basking in the warm amber glow, the picturesque mill, the smooth open field, along whose side the river waters, after receiving this child of the mountains into their bosom, wound deep, and bright, and still, the whole radiant with the softest light I ever beheld, formed a most enchanting and serene subject of contemplation.” . . .

Paintings and prints of the creek perpetuated this romantic sense of secluded reverie, as did the poems and essays dedicated to the Wissahickon that appeared frequently in popular magazines and giftbooks. Such artists as James Peale, Thomas Doughty, Paul Weber, and Thomas B. Ashton regularly exhibited paintings of the woodland paths and creek. . . .

By 1830 most of the more than four dozen gristmills, sawmills, and paper mills that operated along the creek and its tributaries were sprawling complexes of multi-story buildings. The Rittenhouse paper mills, at the confluence of the Wissahickon and Monoshone Creeks, had grown from a single building erected by German immigrant William Rittenhouse in 1690 to a complex large enough to acquire the name Rittenhousetown. By 1840 this comprised five mills with millraces and dams, workers’ houses and dormitories, a schoolhouse, firehouse, church, store, and two quarries. Farther up the creek, the Megarge family maintained two separate paper-mill complexes, using water from the hillside springs to produce a high grade of white paper. At midcentury the Megarge mills employed an estimated 150 workers, who processed 16,000 pounds of rag every day to produce 12,500 pounds of paper.

In his 1844 short story “Morning on the Wissahiccon,” Edgar Allan Poe satirized the notion that the Wissahickon was an idyllic and untouched space. The narrator describes paddling up the creek, daydreaming of a past when the landscape was untouched by civilization, “when pic-nics were undreamed of, when ‘water privileges’ were neither bought nor sold, and when the red man trod alone, with the elk, upon the ridges that now towered above.” When he spies an elk standing atop a nearby ridge, the narrator imagines the animal is brooding about the destruction of its wilderness habitat, . . . These musings are rudely interrupted when a man appears and leads the animal away. The elk in fact is tame, a pet “of great age and very domestic habits” belonging to the residents of a nearby villa. 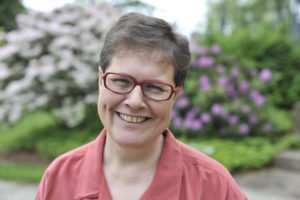 FOW’s Valley Talks series is sponsored by Univest.  Lectures are free for FOW members (check your e-mail for your registration link or contact morrone@fow.org to register) and $10 for non-members. Registration is recommended as seating is limited. Complimentary wine and cheese reception is offered.