Home · News · Conservation · Restoring a Piece of the Past: Efforts to Bring back the American Chestnut

Restoring a Piece of the Past: Efforts to Bring back the American Chestnut 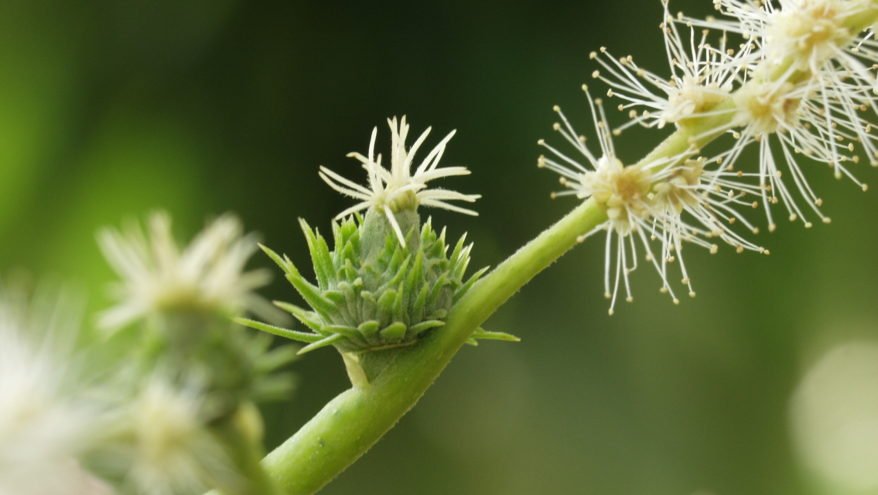 Although none of us living today remembers, 125 years ago the American chestnut (Castanea dentate) was the dominant tree in the eastern forests of the United States.  Twenty-five percent of the trees in our forests were chestnut trees. It is estimated that there were four billion individual trees.

Chestnuts were considered extremely valuable for many reasons. The wood was easy to split and highly rot resistant. It was cut and used for home construction, barn beams, fence posts, and railroad ties. Chestnut tannins were considered superior for tanning heavy leathers. The nuts were reliably produced annually and were gathered by many rural communities to feed livestock. The nuts, popular with many species of wildlife and birds, were a more dependable crop than acorns. The trees were adaptable and grew on dry ridges as well as moist bottomlands. They were beautiful, hence the popularity of the town name “Chestnut Hill,” found in many states in the U.S.

In 1904 a fungal infection, Cryphonectria parasitica, was introduced in New York on some Asian chestnut trees. Within 40 years the entire population of four billion trees had been infected. The fungus traveled through the air to nearby trees. The only trees remaining after the blight were in Michigan, Wisconsin, California, and the Pacific Northwest, where chestnut trees grew in remote areas and did not come in contact with the fungus. A few stumps of chestnuts still remain and can be seen infrequently in our forests, as the soil can protect the stump from the fungus. These stumps valiantly try to spout for many years, but eventually the sprouts become infected and die.

After 100 years there is a glimpse on the horizon that we may be able to restore these wonderful trees. Efforts have been underway for several decades to breed blight resistant American chestnuts, with the goal of producing a tree that is 99% American and also resilient to the blight. Learn more about this efforts and others to restore the American chestnut to our forests at FOW’s next Valley Talk on November 2, at Valley Green Inn. John Wenderoth, President of the PA-NJ Chapter of the American Chestnut Foundation, will be our guest speaker. Learn more about this event here.

By Susie Wilmerding, FOW Board Member

Photo: Unlike other plant species with flowers housing both male and female reproductive parts, chestnut trees grow two distinctively different flower types. Referred to as catkins, chestnut flower heads develop as male, pollen-producing structures at the beginning of the summer. As the season progresses, the tree creates bisexual flower heads. These flowers, having both male and female reproductive parts, allow pollen to fertilize their structures for nut development. Courtesy John Wenderoth