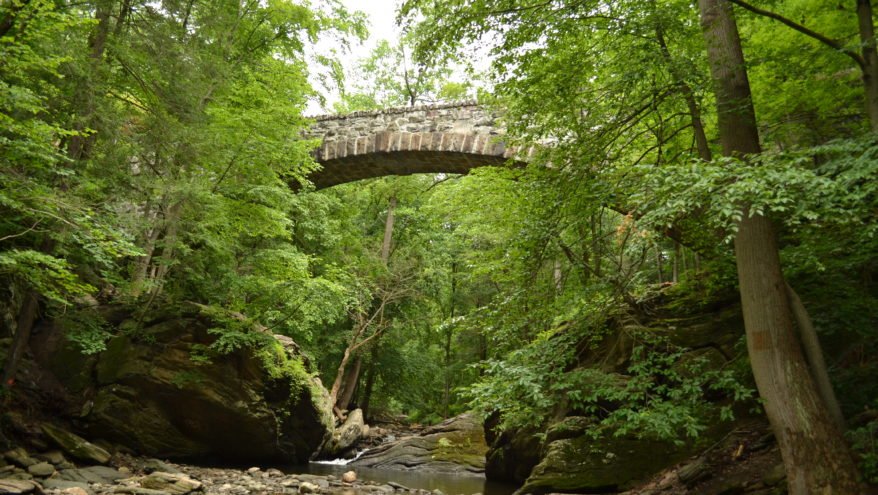 Around 9:15 last night, police received a report of an altercation with shots fired near Livezey Lane. Police quickly responded and investigated the area for shooters and bystanders, and a police helicopter also searched the scene. Once on the scene police were unable to confirm that shots were fired and most of the people visiting the area exited the park.  Reports are that one arrest was made after police found a gun in a discarded backpack.

Officers could not take any further action because the because the citizen who notified police did not go on record and left no contact information for follow-up. Safety in the Wissahickon is Friends of the Wissahickon’s top priority. We would like to ask our visitors and neighbors to contact police if you have any additional information. Friends of the Wissahickon will continue to work with the Philadelphia Police Department, Philadelphia Parks & Recreation, Town Watch and various community partners and neighbors to share this and any further information with the public.

We strongly encourage all community members with an interest in this issue and the area surrounding Devil’s Pool to attend tonight’s PSA 3 meeting with district police: 7 p.m. at New Courtland Senior Campus at 6970 Germantown Ave., Philadelphia.