Home · News · Education · How much do you know about the Seven Historic Wissahickon Road Houses?

How much do you know about the Seven Historic Wissahickon Road Houses? 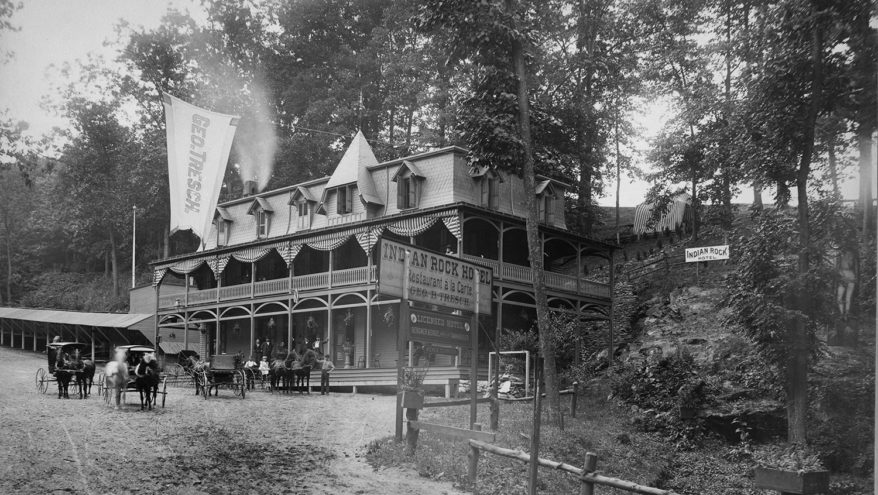 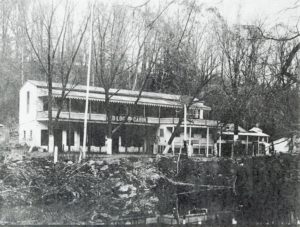 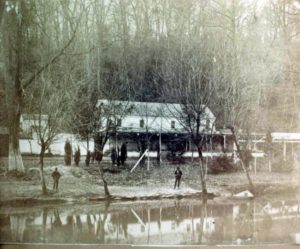 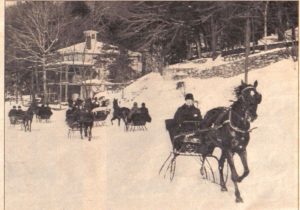 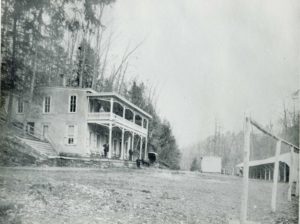 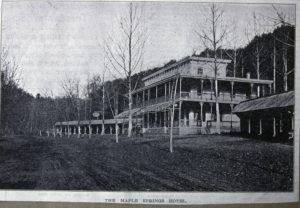 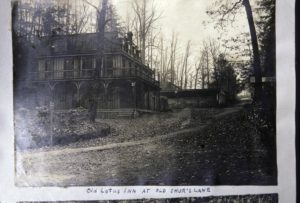 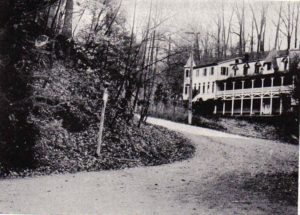 1. E –The Log Cabin Inn was built by Nicholaus Rittenhouse III in around 1840 for his political club, the Whig party. It was the first of the road houses. The membership was newsworthy during the 1840 campaign of William Harrison when a gang from Manayunk attacked the Harrison supporters and drove them away. The supporters later returned to chase off the Manayunk gang.

Of all the road houses, this Inn had the most unsavory reputation. Rival volunteer firemen’s groups often gathered there–especially around July 4th when Spruce Beer was served. A trained bear pulled corks from bottles & gave patrons a champagne shower.

Additional points of interest include: a rope ferry near the Hermits’ Lane Bridge, which took patrons across the creek to a second inn, the Hermitage, where there was a picnic pavilion; and, the Leonidas Springs Fountain, built in 1899 at the side of Lincoln Drive, which marks the site of the Log Cabin Inn. Erected in honor of Leonidas Springs and commissioned by his daughter.

2.  A –  Valley Green Inn In 1850, Edward Rinker obtained a lease from Thomas Livezey for 3 acres upstream from Livezey Mill in order to build a small temperance hotel with boats on the stream nearby. The Turnpike had not yet reached this locale but would soon. Access to the Inn was over a stone bridge and from Wise’s Mill Rd. When Rinker ran off with another woman, his wife married his brother and continued to operate the Inn.

Overtime, profits at the Inn rose and fell with the personalities of the various innkeepers. In the 1860s, a particularly unlikeable innkeeper forced patrons to opt for the First Indian Rock Hotel. Valley Green lore tells of workers being sent out to grab the passing horses and pull in patrons.

Fairmount Park acquired land in 1873, and, despite the prohibition of any alcohol on park land, the Valley Green Inn continued to operate. By 1899, the Inn was in very bad condition. The park engineer recommended tearing it down. A committee under the leadership of Charles W. Henry raised the $1221.59 necessary for the repairs.

In 1901, a committee of prominent Chestnut Hill women applied to the Fairmount Park Commission to manage the Inn and did so until 1930s, when repairs were again needed. Once again, a committee of Chestnut Hill residents raised the funds for repairs ($30,000). Since that time, the Inn has been cared for by Friends of the Wissahickon, who have continued to raise funds for its necessary repairs and renovations. After years of operating as a temperance in, the Valley Green was finally allowed a liquor license in the 1980s.

3. B –  Wissahickon Hall: Built by Henry Lippen between 1849-50, Wissahickon Hall was an elegant Inn that catered to the park’s wealthier patrons. Sleigh and carriage parties regularly arrived for meals and merriment. It featured a cable ferry that would pull patrons across the creek for 5 cents. It went out of business after the Fairmount Park Commission established the park and prohibited the serving of alcohol. The building still remains at the corner of Gypsy Lane and Lincoln drive, and was extensively repaired by the Works Progress Administration (WPA). For many years it served as headquarters for the 92nd police district. Most recently, Wissahickon Hall has housed the offices of the Fairmount arborists.

4. F – The first Indian Rock Hotel was located at the base of Rex Avenue. It was opened by Reuben Sands after the Civil War. He was an affable, popular innkeeper. A former road superintendent, he had operated several other establishments. This Inn was closed in 1887 as the park boundaries expanded and serving liquor was prohibited.

Patrons of the first Indian Rock hotel enjoyed climbing to “Council Rock,” a high ledge above the creek and the legendary meeting place for Lenape councils. Joseph Middleton of the Wissahickon Turnpike Company put up a gaudy wooden statue to mark this ledge. The presentday, permanent limestone statue was commissioned in 1902 by Mr. & Mrs. Charles Henry and designed by J. Massey Rhind. It was restored by FOW in 2002.

5. C – The Maple Springs Hotel was built after the Civil War with timbers from an old Germantown Hospital. It was known to cater to the middle class. Rooty Smith, the proprietor, made rustic carvings from gnarled roots—laughably grotesque animals that were given to patrons. He also made rustic furniture for the hotel. A second floor stained glass window looked out onto the cascading water of the Wissahickon Creek. Business continued into the 1870s when liquor was forbidden by the Fairmount Park Commission, but the Inn closed after being raided for serving alcohol. Its site is located half way between Wissahickon Hall and the Leonidas Fountain.

6. D – The Lotus Inn operated from the mid 1880s-1916. It was constructed from materials salvaged from the demolished Megargee Mills. Located on Shur’s Lane (the west side of the creek), and just uphill from a red covered bridge later replaced by the Blue Stone Bridge in 1896, the building sported the familiar 2 stories with a honeysuckle-covered balcony overlooking the stream.

The Lotus Inn was on the busy Crawford stagecoach route and, being located just outside 1869 park boundaries, could continue to serve liquor. Parties came from the city would dine on catfish and waffles, and horsemen often stopped here for refreshments. The property was bought in 1916 by the Fairmount Park Commission when the park boundaries were expanded and the Inn closed.

7. G- The second Indian Rock Hotel was opened after 1887 by Catherine Sands, the widow of Reuben Sands (operator of First Indian Rock Hotel). It was located at Monastery Avenue and Forbidden Drive, right on the park boundary where the liquor prohibition didn’t apply. It operated until 1916 when the park boundaries expanded, encompassing the property. The early Friends of the Wissahickon had at least one event there.

Just in case we are tempted to think the past was an idyllic time… an 1884 pollution survey reported: Mills outside park boundaries on Cresheim Creek and the Monoshone are major polluters, but the most offensive polluters were the 4 hotels along the creek. They “drain all wash and waste water directly into the creek and 2 have privy drainage” and “much kitchen waste is scattered by picnic parties.”

You can learn more about the fascinating history of the Wissahickon Valley in Along the Wissahickon Creek, compiled by Andrew Mark Herman.  Pick one up in the FOW shop today!