Home · News · Current Projects · A Little Help From Our Friends

A Little Help From Our Friends 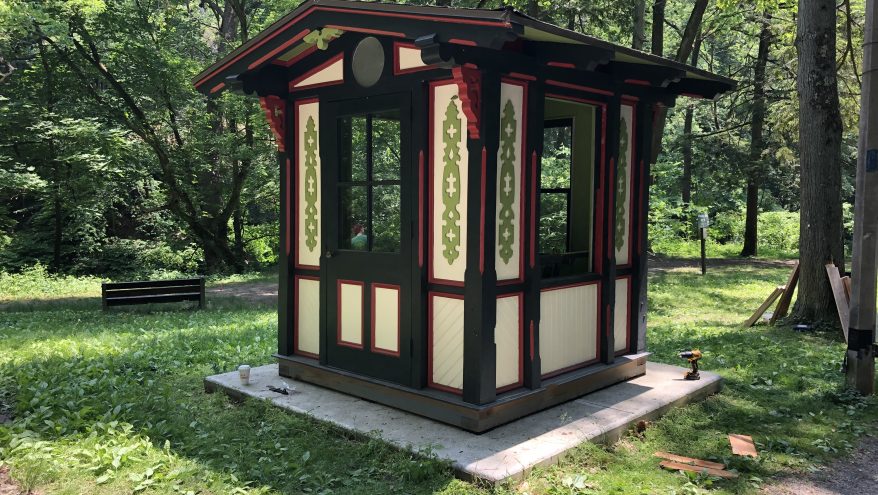 One of the most exciting moments last week in Wissahickon Valley Park was the installation of a newly restored historic guard box at Magargee Dam. As visitors stopped to watch on Forbidden Drive, the red, green, and gold painted wooden structure was carefully lowered onto its concrete base by crane. The Magargee box joins two other guard boxes originally built for the Fairmount Park Guard in the Wissahickon, one at Valley Green and a second in Saylor Grove in the south of the park.

The project was accomplished in partnership with Philadelphia Parks and Recreation, with both FOW and PPR contributing resources to make the restoration happen and add a new facility for Park Rangers to the popular area.  Restoration was performed by the historic preservation team at Fairmount Park Conservancy, whose careful efforts on the Saylor Grove guard box in 2013 won the conservancy an award from Philadelphia’s Preservation Alliance. 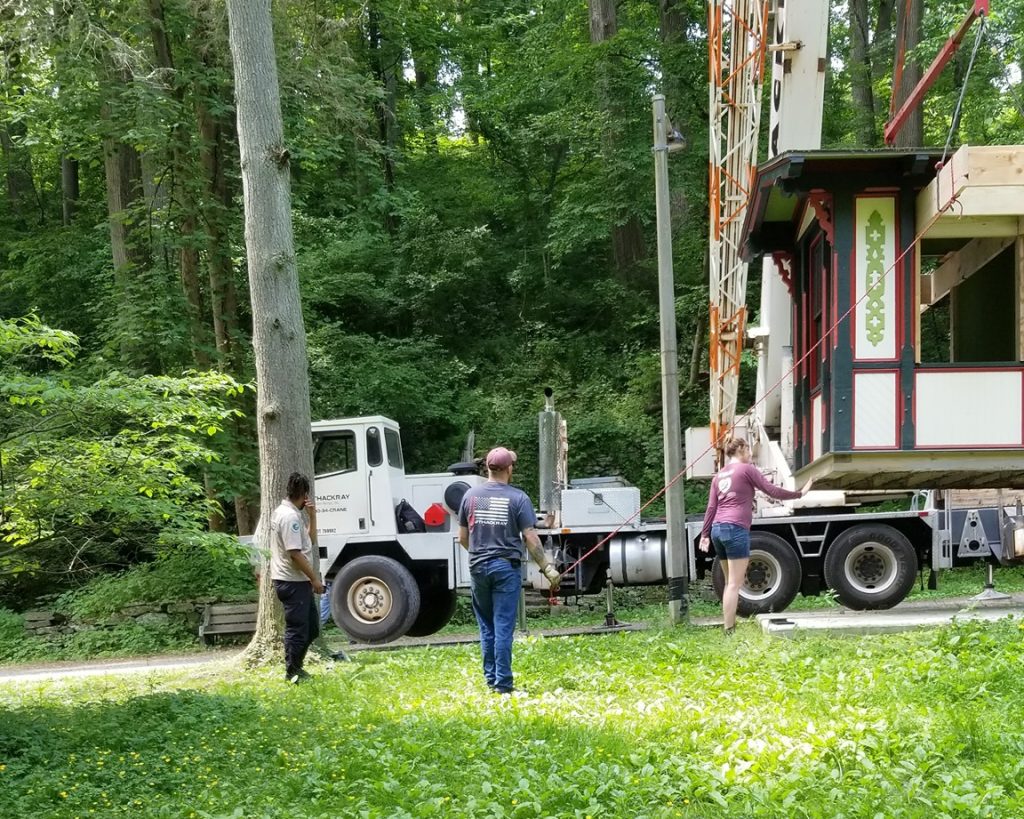 We were excited to partner with PPR to fund the restoration of the guard box and grateful to the historic preservation team at FPC for their great work!

Like all of our capital projects with park partners in the Wissahickon, the historic guard box has been restored to fulfil the needs of a new generation of park visitors as well. Crucially, the boxes are both beautiful and functional: the Valley Green and Saylor Grove guard boxes hold tools and materials for FOW cleanups in those areas of the park, and the new Magargee guard box will serve as a base for one of Philadelphia Parks and Recreation’s Seasonal Rangers during the summer months.

“We are thrilled to have this past signature feature of the park system restored and showcased with the Wissahickon as a spectacular backdrop,” says FOW Executive Director Ruffian Tittmann. “But it’s not just beautiful – it will be actively used by Park Rangers stationed in the park to welcome and assist visitors.”