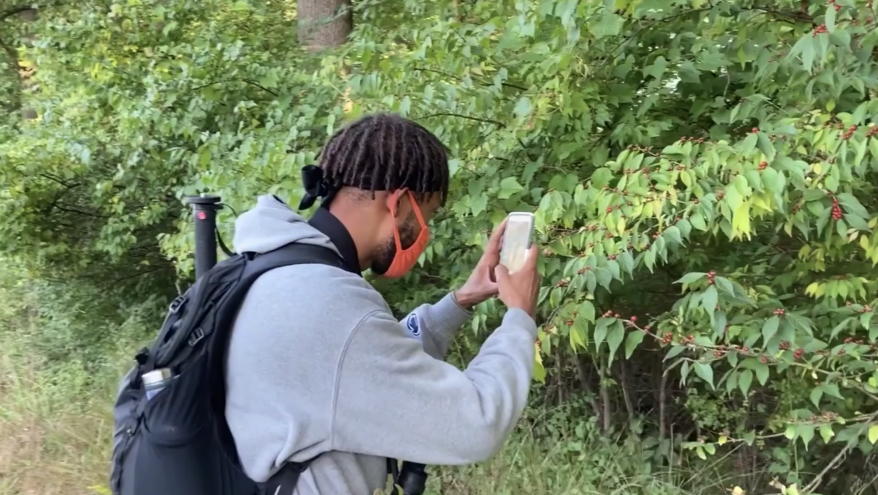 Since 2018, one of Friends of the Wissahickon’s three main priorities has been fostering an ecologically diverse and functional habitat in the Wissahickon Valley Park for the hundreds of species that depend on it. Thanks to the completion of the multi-year Ecological Land Management (ELM) Plan in spring 2020, in cooperation with researchers from the Drexel University’s Academy of Natural Sciences, FOW now has a comprehensive picture of just what calls the Wissahickon home.

A lot has changed in the park’s landscape over the past 20 years, including vastly increased use, and new stressors posed by climate change, including invasive pests and erratic weather events. That’s why it’s extremely important to have a current map of the park’s biodiversity as FOW works to combat these challenges. This project will shape how FOW takes care of the park for years to come, including engaging citizen scientists to collect habitat data throughout the park. This data will provide important knowledge about the Wissahickon’s biodiversity, enabling FOW to adapt best management practices based on current conditions and inform its future stewardship priorities.

“The Ecological Land Management Plan has provided us with a pretty good snapshot of the many biomes that make up the Wissahickon Valley Park, as well as the flora and fauna that occupy the various habitats within the park,” says Emily Daeschler, chair of FOW’s Habitat Committee. “When we know what lives where, we can be intentional in where we place our restoration projects for the biggest effects on critical species.” 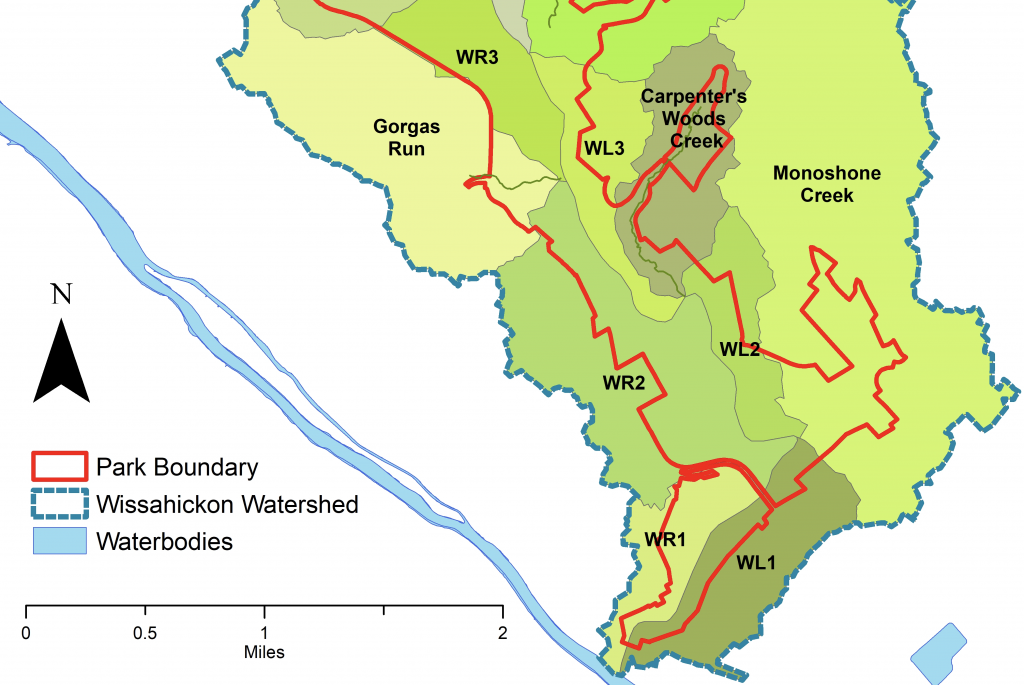 The ELM HMU map for the park’s southern section.

A Picture of the Park’s Biodiversity

An important innovation in the ELM plan was to break up the park’s 1,800 acres into hydrologic management units (HMUs), each of which require different stewardship techniques. The park is comprised of 23 HMUs based on subwatersheds, or catchments, within the overall Wissahickon watershed, like Monoshone Creek and Valley Green Run. Most of the HMUs lie beyond park bounds, providing greater insight to how outside factors impact the Wissahickon’s forest and tributaries. It also identifies key plant and animal species in each unit to indicate its overall ecosystem health, as well as set out guidelines for preferred land management techniques for current and future use in the park. Finally, ELM designates areas of priority usage, so that humans and wildlife each have spaces to themselves in one of the following three categories:

These area designations are anticipated to shift somewhat, based on observed trends, new habitat restoration projects, and new data – one of the most important pieces of ELM going forward.

PA Master Naturalist Nicole Cantwell demonstrates how to use iNaturalist in Andorra Meadow.

Scientists from the Academy of Natural Sciences worked for nearly two years on assessing the Wissahickon’s habitats and gathering data on key indicator species, but there are still considerable data gaps in many areas. As the park’s biodiversity changes from year to year, continued assessment of ELM’s zones is also needed to determine the priority of FOW’s habitat restoration projects. Luckily, there’s an amazing tool to help make this a possibility: citizen science.

Citizen science is the collection of scientific data by amateur scientists and members of the public. With the rise of crowdsourcing, it’s easier than ever for people to participate in important scientific research. New apps like iNaturalist and eBird help users make identifications of species and contribute to large data sets that provide a clearer picture of biodiversity than ever before and can even account for changes in real time. And popular citizen science events, like the iNaturalist City Nature Challenge in April and the Audubon Christmas Bird Count have also been influential in getting a new generation of future naturalists involved in science.

Starting this year, FOW will be incorporating real-time seasonal data on indicator species and plants in several HMUs and encouraging volunteers and friends to assist with data collection (see how to participate in ELM’s data collection below). Eventually, FOW hopes to have a real-time picture of the park, which will help make scientifically informed stewardship decisions, such as placement of native plantings and stormwater infrastructure. “Data collecting for ELM on your phone is relatively easy, and it’s so important for the future of this space,” Daeschler says. “If you’re enjoying the park already, I urge you to look a little closer and explore a little deeper for science.”

The first data collection zone is the Valley Green area during the winter of 2020-2021. FOW’s Habitat Committee has compiled a list of seasonal flora, fauna, and fungi based on their ease of identification and prevalence at that time. Consider submitting some observations while on your winter walks to help FOW protect the Wissahickon’s habitat in coming years.

How can you help FOW monitor the Wissahickon’s habitat?

Download the eBird and iNaturalist apps and explore Valley Green with a purpose this winter.

Using the eBird app, participate in the annual Audubon Christmas Bird count, and make sure to record any of your observations of waterfowl in the Wissahickon.