Get Wisstorical at Rittenhouse Town 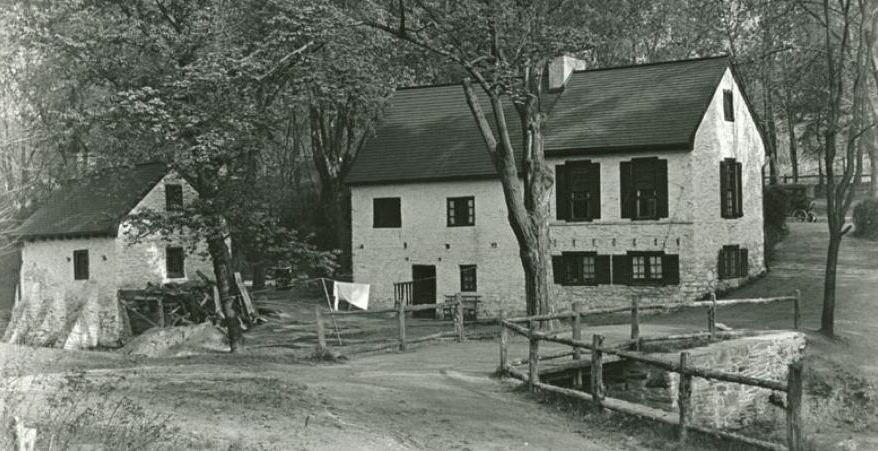 William Rittenhouse purchased a 20-acre plot of land along Paper Mill Run (a tributary of the Wissahickon Creek) in 1690 and built the first paper mill in the new nation. For the next 40 years, the Rittenhouse family was the only papermaker in America, operating from a thriving industrial community known as Rittenhouse Town. By the mid nineteenth century, it was populated by over 40 buildings, including several mills, homes, a school, firehouse, and a general store.

But in 1891, the Fairmount Park Commission acquired the site and tore down the mill and a number of other nearby buildings as part of a plan to eliminate sources of pollution that were making the Schuylkill River, the city’s source of drinking water, unsafe. For the next 100 years, the site was used for park housing and was even home to the captain of the Fairmount Park Guards. In 1980 the nonprofit organization Friends of Historic Rittenhouse Town (HRT) was founded to preserve, restore, and interpret the site’s history and reestablish the legacy of papermaking.

Although Rittenhouse Town is listed on the National Register of Historic Places and was designated a National Historic Landmark District in 1992, the story of its important legacy often gets missed or is deemed confusing, according to Amy Ricci, HRT’s executive director. “The site looks nothing now like it did when the Rittenhouse family occupied it,” said Ricci, referring to the six buildings that remain from the original compound. “People have a misunderstanding about which structures are still standing and what they are.”

But Ricci, who joined HRT in 2019, is working to change that. She hopes to capture the considerable traffic from park users passing through HRT on their way to the Wissahickon, as well as engage dedicated visitors, with educational programming that has relevance to people’s current lives and interests. For example, a Halloween event featured a special cook making fun foods, such as donuts and soft pretzels, and hot cider, using the striking sixteen and-a-half-foot hearth that is the focal point of the original Bake House (ca. 1725) that once fed generations of the Rittenhouse family and mill workers.

In addition to tours of the Rittenhouse Homestead (1707) and the Enoch Rittenhouse Home (ca. 1845), sharing the legacy of papermaking is part of HRT’s bread and butter. When the pandemic hit, Ricci created a how-to papermaking video and offered loaner kits online. And she has conducted virtual workshops with students from Jefferson University-East Falls, which she hopes to do more of with other groups, but she notes that the outdoor aspect of HRT lends itself well to having people socially distanced on site for hands-on activities. 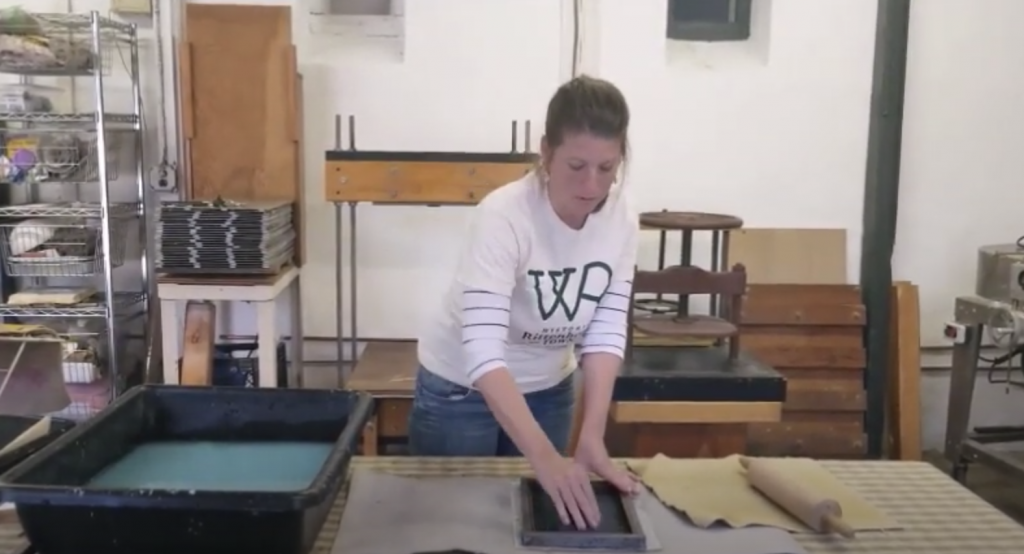 Breathing new life and purpose into historic buildings is a central theme of historic preservation, explains Ricci, who holds a master’s degree in the subject that she is putting into practice with the reproduction barn, which the Works Progress Administration rebuilt from the original in 1938. Previously used primarily for storage, the building currently houses three tenants: Natural Creativity, a homeschooling group based in Germantown that uses HRT has a site for outdoor learning; Wissahickon Restoration Volunteers, who remove invasive plants in the park and elsewhere and replace them with native ones using only hand tools; and the Paper Trail Bike Café, which, although it opened last March at the start of the pandemic, is doing well with its window service set-up and full service bike shop.

Ricci works closely with FOW’s Volunteer Manager Shawn Green on ways for the two organizations to collaborate, including hosting events such as FOW’s 2019 Ice Cream Social or last fall’s Landscape Week and other cleanup events. HRT and FOW “share” volunteer David Bower and his cleanup crew, who alternate hours every week between HRT and Thomas Mansion. “We couldn’t do what we do without our partners,” said Ricci. “From Rittenhouse Town’s rich history, we’ll be finding ways to create new experiences and memories together.”

Take a brand-new virtual tour of Historic Rittenhouse Town on the FOW Map App – and check out more of the Wissahickon’s history at our Trails to the Past page.