Gardening and Yard Maintenance for Human and Environmental Health 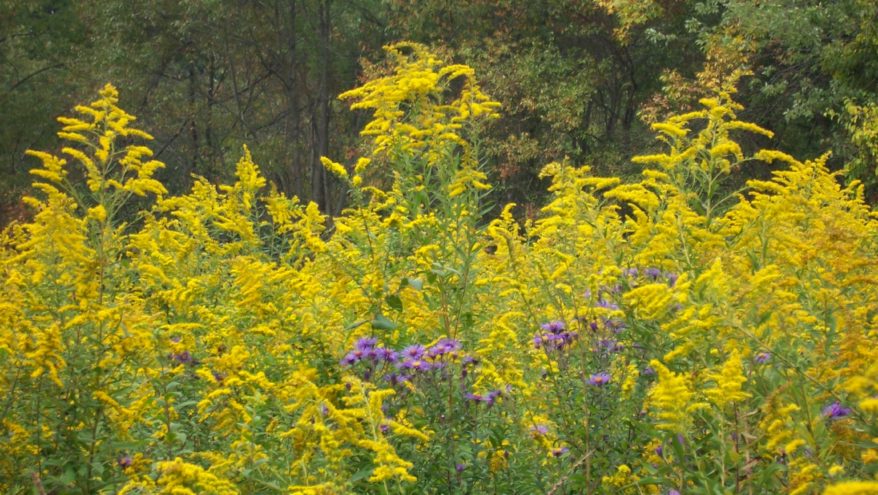 With fall upon us, we turn our focus to the gas-powered leaf blowers, weed trimmers, and lawn mowers. Many of us want to run in the other direction every time these machines are powered up. Although some claim these tools add a measure of convenience to landscape management, the high level of noise and air pollution they emit has been well documented. These all-too-familiar yard tools generate air and noise pollution around our neighborhoods, schools, and public spaces, while interrupting the quiet enjoyment of our neighborhoods. Residents in some municipalities (none that we are aware of in Pennsylvania) have even fought for, and won, measures to regulate or replace these machines entirely. (Read this, too!)

The Clean Air Act of 1990 directed the EPA to study, and regulate if warranted, the contribution of non-road internal combustion engines to urban air pollution. The next year, an EPA study documented high emission levels from commonly used equipment, such as small spark-ignition, gasoline-fueled lawn and garden equipment, and chain saws.

According to the EPA, emissions from non-road engines contribute as much as 15 to 20 percent of pollution in cities across the United States. Those emissions include hydrocarbons, particulate matter, nitrogen oxides, carbon monoxide, and carbon dioxide.

A Swedish study released in 2001 showed that one hour of using a gas lawn mower releases approximately the same amount of air pollutants as 100 miles of driving.

A 2011 test by the car experts at Edmunds showed that a consumer-grade leaf blower emits more pollutants than a 6,200-pound 2011 Ford F-150 SVT Raptor. Their study found that the two-stroke engine of the leaf blower emitted nearly 299 times the hydrocarbons of the pickup truck and 93 times the hydrocarbons of a sedan. The blower also emitted many times as much carbon monoxide and nitrogen oxides.

According to the EPA, leaf blowers blast air at up to 185 mph (speeds faster than a Category 5 hurricane) and can launch hazardous particles and contaminants from the ground into the air. Depending on their size, these particles were measured to travel ten, twenty, or even many hundreds of miles before settling.

In addition to hydrocarbons, harmful particles include animal droppings, spores, fungi, pollens, pesticides, herbicides, fertilizers, brake-lining dust, tire residue, and heavy metals, which greatly affect people’s respiratory systems. Children, the elderly, and anyone with compromised lung capacity are greatly impacted. Of course, those who use these machines are the most impacted. In the case of landscape workers, that could be hours of use for every day of work.

Here are some tips to consider for landscape practices that promote human and environmental health:

One final thought to consider: While changing our landscape practices alone will not solve global warming, it can point the way to climate-friendly farm policies that will have a bigger impact.

How bad for the environment are gas-powered leaf blowers?

Leaf Blowers and Our Children’s Health

Regarding the Issue of the Health Impacts of Leaf Blowers