From the Director’s Notebook: Forbidden Drive, a Trail Worthy of Recognition 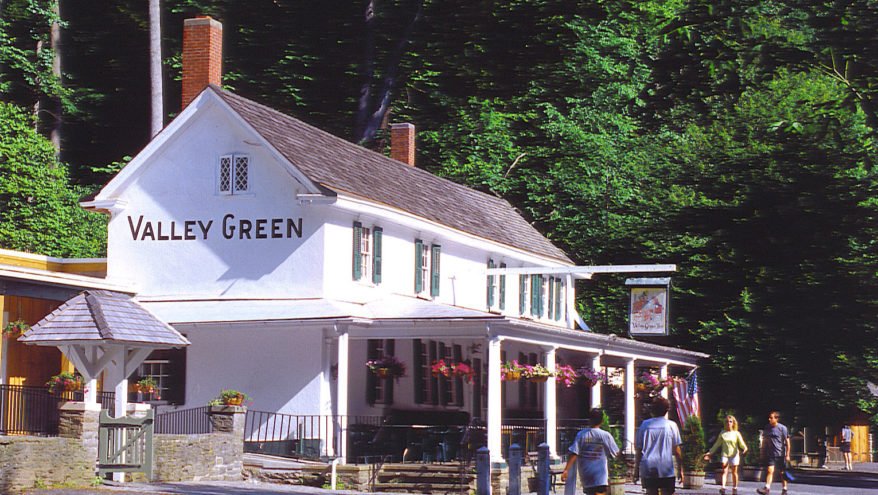 Forbidden Drive is the Wissahickon trail that everyone knows. The Drive stretches over 5 miles through the center of Wissahickon Valley Park and has always been a major thoroughfare through Northwest Philadelphia, first for those working the mills along the creek during the early industrial age, and then for park users. Forbidden Drive’s central location and proximity to the creek connects everyone who uses it to the park’s many historic landmarks, 50 miles of natural surface trails, and a regional trail network that takes them into Pennsylvania’s countryside and beyond.

Forbidden Drive inspires volunteer stewardship of Wissahickon Valley Park by allowing visitors to observe not only the best of the park’s scenic beauty, but also the wide range of environmental issues that impact the park, including poor water quality, invasive plants, erosion, and stormwater management. Beginning in 1914, the City began considering automobile access along Forbidden Drive, once known as the Wissahickon Turnpike. Public resistance among early conservationists arose, and in 1920 concerned citizen activists won their campaign to close the road to automobiles. This protected the water quality of the creek and the wildlife habitat, while transforming the road into an environmentally friendly multi-use trail we now know as Forbidden Drive. Some of those citizen activists became stewards of the park and founded Friends of the Wissahickon (FOW) in 1924.

Later this year, FOW will embark on one of its largest projects to date: the Trail and Streambank Stabilization Project to repair three partial trail collapses along Forbidden Drive. The Wissahickon Creek is listed on Pennsylvania’s list of impaired waters, partially due to high levels of siltation. Each of the collapse sites targeted for repair are actively eroding, contributing sediment loads to the creek during rain events. This project will stabilize the trail, prevent further erosion and restore the riparian stream bank habitat, thus improving the water quality of the Wissahickon Creek. Restoration of these sites will contribute to meeting the established Total Maximum Daily Load (TMDL) for siltation of the creek as established by the U.S. Environmental Protection Agency and the Pennsylvania Department of Environmental Protection in accordance with the Clean Water Act. You can expect to see construction begin this October.

Strong community participation in the stewardship of Forbidden Drive and the park ensures that our park will continue to attract visitors, volunteers, and supporters and that is a dynamic worthy of recognition. We hope to see you at one of the many events we will be hosting throughout the year to celebrate the 2018 Trail of the Year. Take a look at some of the fun activities we have planned so far and keep an eye on our calendar for more later this year:

National Trails Day, June 2nd– a volunteer work day dedicated to sprucing up the Trail of the Year