Fireflies: A Gateway to Beetles 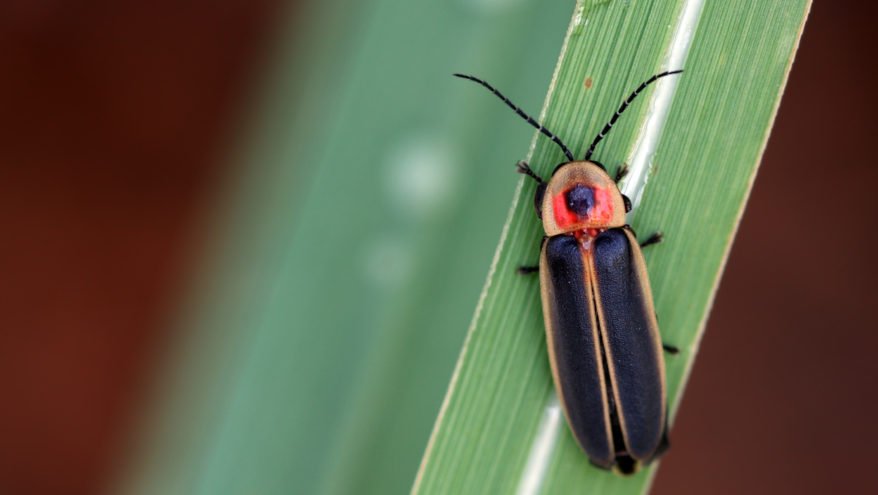 This post was originally published in FOW’s 2017 Summer Newsletter. For those interested in the Wissahickon Environmental Center’s upcoming fall programming, a list of their 2021 events is available here!

Fireflies (or lightning bugs, as we call them in Philly) are beetles in the family Lampyridae. These insects are predators of soft-bodied invertebrates, such as larvae; the adults either feed on nectar or may not feed at all.

There any many types of fireflies, and not all of them produce luciferase, the enzyme that emits light from their abdomen. In the Philadelphia area, two of the more common types of fireflies are in the genera Photinus and Photuris. These fireflies are known for their flight displays with species specific patterns of flashing lights. The females of Photinus fireflies do not fly, but flash from the ground. In some species of Photuris fireflies, the female will mimic the flashing pattern of Photinus fireflies to draw in the males and eat them! The state insect of Pennsylvania is Photuris pennsylvanica—one of these “femme fatale” fireflies.

Fireflies, along with ladybugs, are the most well-known beetles; however, there are thousands of other beetles in the Wissahickon. Beetles are the most diverse group of animals. Twenty-five percent of all animals are beetles with 400,000 described species. Last summer some children visiting the Tree House brought me a net-winged beetle—a cool cousin of fireflies. Recently, other students found a solider beetle that I need to identify.

I encourage you to keep your eye on our calendar for insect related activities. Everyone is always welcome to bring any pictures or specimens of cool beetles to the staff at the Tree House!