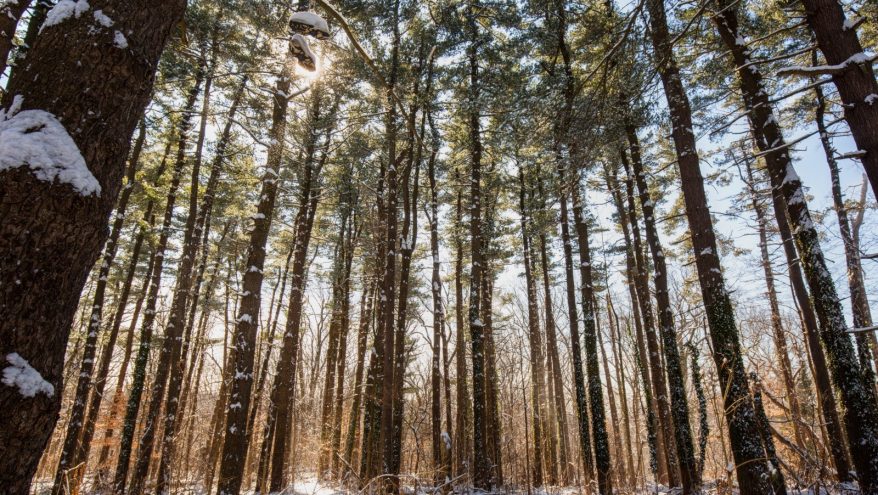 When you think of a tree in the Wissahickon, you probably picture tall, deciduous trees like oak, tulip, or beech, branching out over a woodland trail. But in winter, you can also see a whole different and equally important group of trees in the park: the evergreens!

What’s the difference between a deciduous tree and an evergreen? Deciduous trees or shrubs completely lose their leaves during the winter and regrow them every spring, while evergreens keep their foliage green and functional through more than one growing season (hence the name “ever-green”). In most cases, deciduous trees also have thin broad leaves, while evergreens prefer thicker, needle-like or scale-like leaves to survive cold temperatures and prevent water loss. Many conifers are extremely cold tolerant and able to inhabit some of the coldest regions on earth.

This evolutionary choice gives them the skills to survive in places where other trees have a hard time. Evergreen trees generally like dry soils, which isn’t the case for some of our native trees. In the Wissahickon, they tend to stick to the upper valley and the ridgeline, slowing the flow of stormwater and reducing erosion for some of the most exposed sections of the park.

Evergreens are also important for animals in the winter: finding food and shelter can be tough in the cold winter months, and conifers provide both. The seeds from spruce, birch, and hemlock cones sustain birds that don’t migrate south. (If you’re looking for winter birds, it’s always worth checking out the branches of conifers first, as they tend to stay close to food and hiding places.) For deer and other mammals who don’t hibernate, many species of coniferous trees provide shelter as well as food in the winter season. Tree bark and needles supplement their diet, while snowbanks built up on conifer needles provide wind resistance and cover for them to stay warm.

Given all that they do, it’s always worth keeping an eye out for native evergreens in your area. Here are some you can easily find in the Wissahickon! 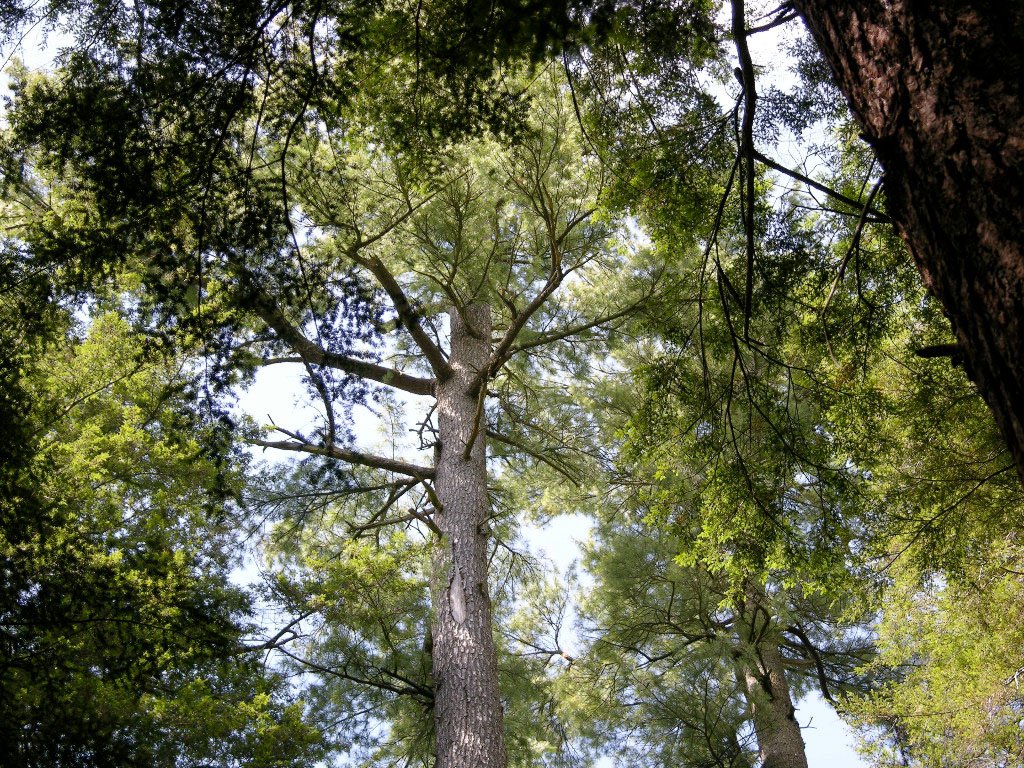 Recognizable for its conical shape and five-needle clusters, the eastern white pine is one of the more common conifers in the park. Well known for its great height, the eastern white pine has the distinction of being the tallest tree in eastern North America, and in natural pre-colonial stands it is reported to have grown as tall as 230 ft. While the Wissahickon’s pines are nowhere near this height, significant groves can be found in the area of Hermitage Mansion, the Walnut Lane Golf Club, and the Toleration Statue. 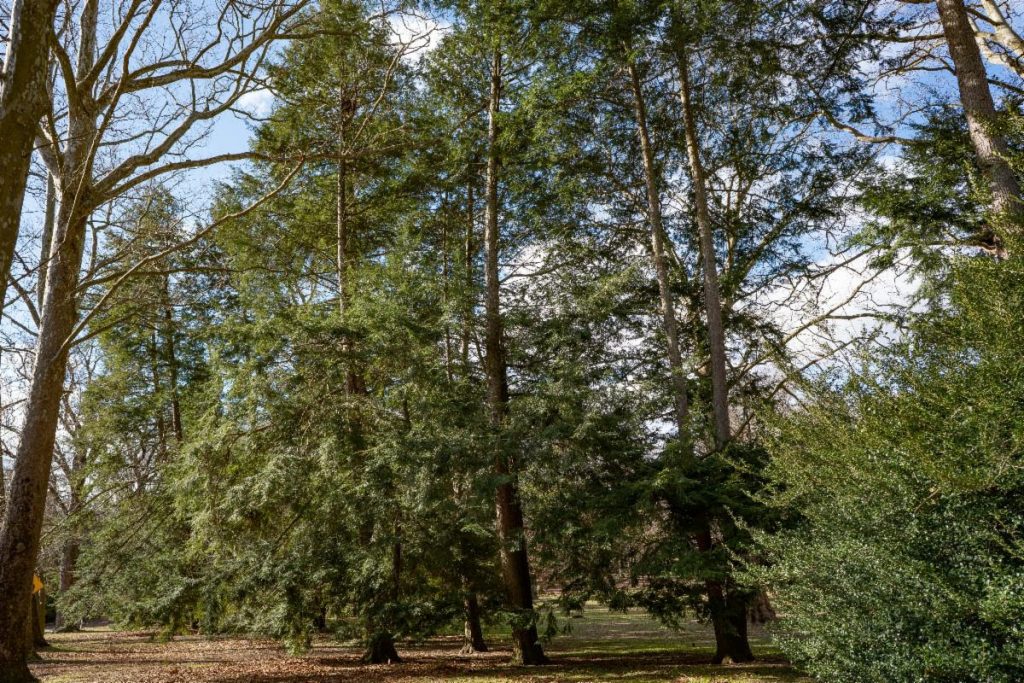 Eastern Hemlock is one of the most beautiful of Pennsylvania’s native conifers, and there are a few notable stands of hemlock trees in the Wissahickon (including on the Orange Trail across from Valley Green.) While not as common in the southeastern part of the state, it is highly shade-tolerant compared with many other evergreen conifers and grows well among and under deciduous trees. Since 1931, Eastern hemlock has been the official state tree of Pennsylvania.

Unfortunately, in recent years the park’s hemlocks have been plagued by an insect, the hemlock woolly adelgid, which causes thinning of the tree’s crown and often eventual death to mature trees. Warmer year-round conditions due to climate change also do not favor the growth of Eastern hemlocks in our area, so enjoy these majestic trees in the park while they are still here! 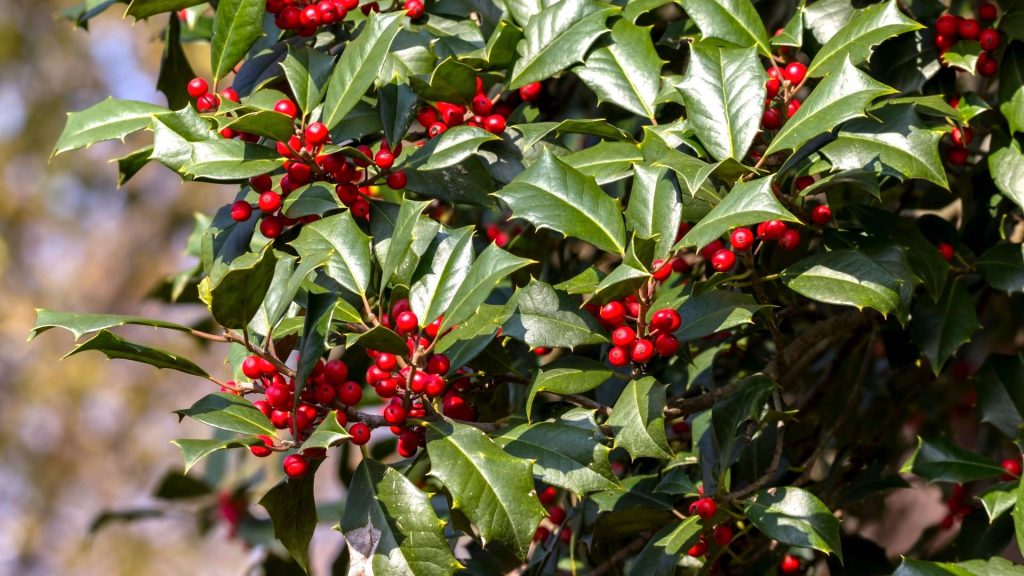 An exception to the usual needle-like leaves of evergreens, American Holly’s waxy, broad leaves and red berries in winter make it a welcome flash of green in the snow. Pollinated by insects, songbirds and thrushes rely on the berries as an important survival food, too. While usually confined to the park’s understory, American Holly trees can grow to thirty feet or more, with a prominent example of a mature tree at Historic Rittenhouse Town on Lincoln Drive.