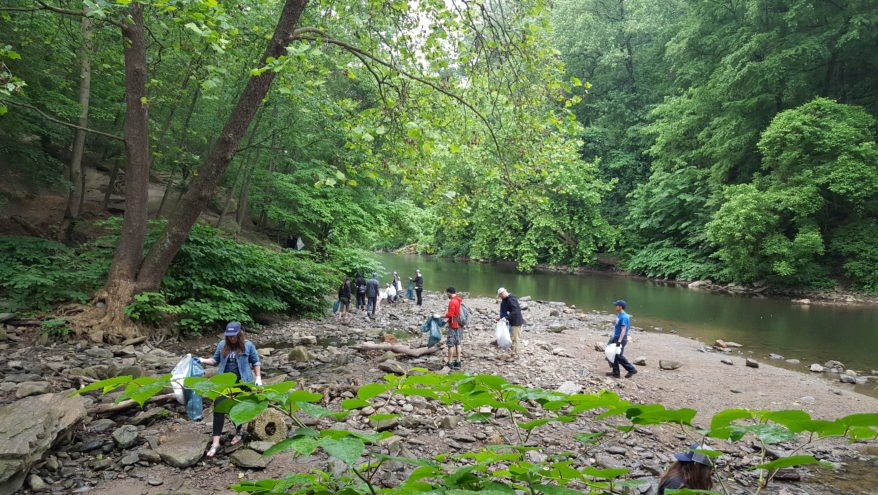 Devil’s Pool has been a summer destination for people from Southeastern Pennsylvania and Southern New Jersey for many years. Swimming in Pennsylvania creeks and tributaries is illegal, but swimming and diving at Devil’s Pool have become very popular in recent years; both activities were showcased in a front-page cover photo in the New York Times in 2011 and have been featured in videos on social media.

FOW’s 2011 park user count and survey determined that 400+ people visit Devil’s Pool per day during peak season. Neighborhood parking patterns suggest that Devil’s Pool visitors have increased 60% over 2011 levels. Inappropriate use has spread from the site and nearby Pee Wee Rock to Valley Green Bridge, Bluestone Bridge, and stream banks near Mt. Airy Avenue and Kitchen’s Lane. This overuse creates or intensifies a variety of problems, inside and outside of the park: 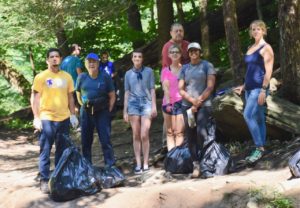 Since 2007 FOW has invested $400,000 in physical improvements to trails, habitat restoration, and signage near Devil’s Pool, and another $200,000 on program costs, including seasonal work crews, Student Conservation Association (SCA) summer crews, and subsidies for police and park ranger overtime. We also conduct publicity and community outreach, schedule public clean-ups, and install bilingual, temporary signage outlining park ordinances and the health risks of illegal swimming. Below are actions FOW undertook in 2017: