Home · News · Newsletter · A Creek in Crisis: Time for Action

A Creek in Crisis: Time for Action 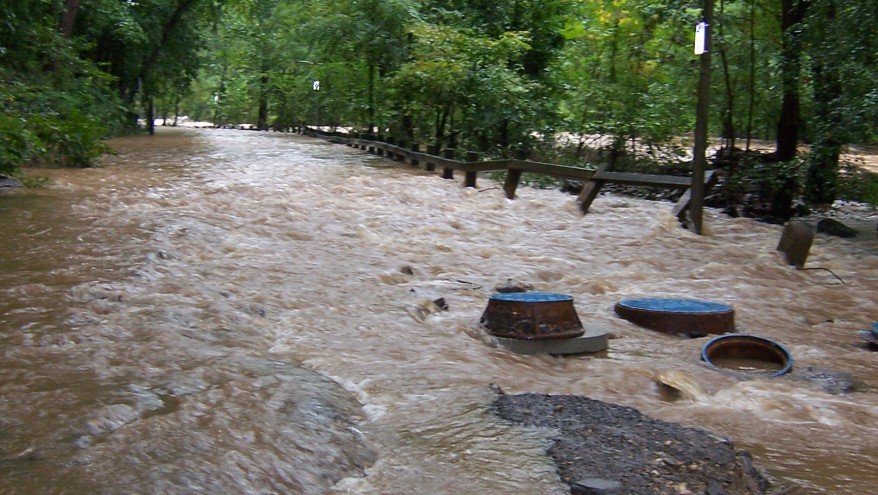 The beauty of the Wissahickon Creek is undeniable. Its picturesque riffles and tranquil pools are compelling—many seek solace on its banks. But what many don’t know is that the Wissahickon is in trouble.

At a town hall discussion in May 2015 at Germantown Academy, experts described the twenty-three-mile-long creek as eroded, degraded, damaged, and impaired. And though it may be hard for many to believe, the creek’s future is dire.

Held at Germantown Academy, 250 people joined the discussion. A panel of regional experts addressed the various challenges facing the Wissahickon and presented solutions to a decades-long problem that is only getting worse as development increases, placing more pressure on this natural resource.

What the Experts Say

The sixty-four-mile Wissahickon Watershed plays a critical role in the region. It contributes to the drinking water of 350,000 Philadelphians, which represents ten percent of Philadelphia’s drinking water. And Wissahickon Creek flows through Wissahickon Valley Park, an area that is enjoyed by over one million visitors each year.

Maura McCarthy, Executive Director of FOW, set the tone of urgency for action. “If we want the Wissahickon Creek to exist for future generations, it’s incumbent upon those who love it so much to make investments in restoration now, while we still can,” McCarthy said. “And though it’s not a quick fix, solutions can be achieved by working together at all levels of government to protect this special place that holds rich history.”

Patrick Starr, Executive Vice President of the Pennsylvania Environmental Council (PEC), set the tone for the meeting. Once a leader in watershed health, he said, the Wissahickon has experienced steep decline as a result of a century of heavy development. But, he maintained, the demonstrated history of public and private attention to the Wissahickon gives hope for change.

“The Wissahickon doesn’t have to be an impaired stream,” Starr said. “Can we get there?

One of the biggest problems in the Wissahickon Watershed is stormwater management. Because of the increased development in the watershed, stormwater cannot be absorbed naturally into the landscape, and flooding occurs. The Wissahickon Creek acts like a pipe, not a stream. Stormwater gushes into the creek, bringing with it bacteria and chemicals, and causing severe erosion in its wake.

These flood events are costly. A series of recent floods have caused extensive damage to the park. In 2004, flood damage totaled $3 million, according to Sarah Marley, Outreach Manager with FOW.

Chris Crockett, Deputy Commissioner of Planning and Environmental Services at the

Philadelphia Water Department (PWD), provided sobering statistics about the high bacteria content and general water quality in the Wissahickon Creek after a rain storm. Fertilizers, pet waste, chemicals, and road salts are some of the sources of contamination that degrade the stream quality and make it unhealthy. Runoff from sewage treatment plants compounds the problem.

Although improving quality is a slow process, Crockett said, PWD is committed to making the Wissahickon healthier. “Managing a watershed is never done. It’s a living, breathing thing,” he said. Residents can help by checking both their stormwater and sanitary drains, making sure they are working properly. 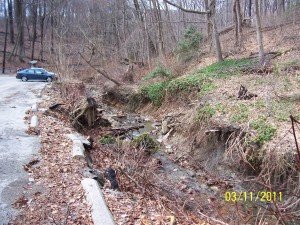 Development has reached an all-time high, which means that there are fewer places for water to go during a storm event. For example, sections of Ambler and North Wales have 100% impervious cover, which means that water drains downstream, with no place for absorption. Much of that water flows directly into the Wissahickon.

Each municipality develops a stormwater management plan and must allow for public input into the plan. Citizens can become involved by engaging in the process and looking at how these plans effect the Wissahickon Watershed.

Michael Helbing, an attorney at PennFuture and one of the panelists, suggested that residents contact their local municipality to learn more about the process and the issues involved.

Dennis Miranda, Executive Director of WVWA, stated, “When you educate municipalities and citizens alike on the issues facing the water quality of the Wissahickon Creek and get everyone on the same page, all of our collective actions can make a positive impact and move the needle on improving water quality.”

John Foley of Chestnut Hill and his wife, Emily Plowman, attended the meeting because protecting the Wissahickon is very important to them. They said they moved to Chestnut Hill to be near the Wissahickon Creek and they want to know what they can do so that that their young son can enjoy the creek in the future.

Foley is a volunteer creek watcher with WVWA and regularly monitors conditions in the creek. He said he left the meeting with a better sense of how one person’s actions can help the creek, and he was surprised by what he could do to help. “It’s the micro-things that really make a difference,” Foley said, “like collecting rain water, planting native plants, and not washing your car in your driveway.” 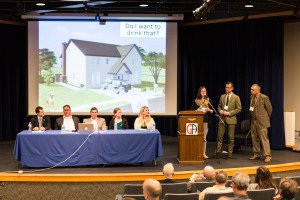 Foley said he was especially impressed with Crockett’s presentation—particularly about how the Water Department was so engaged in managing the region’s water resources at a policy level. “I’m really encouraged by the Philadelphia Water Department,” he said. “[Crockett’s] presentation changed my typical, jaded view of the Water Department. They are really taking an intelligent, informed approach and trying to make things better.”

Zeta Cross is a Springfield Township resident who serves on the environmental advocacy committee for the township. She attended the meeting to learn how she could help the

Wissahickon as a suburban resident. “I was very interested in the comments on stream management and how residents can help at the township level,” Cross said, noting she was planning to contact her township engineer to learn more about the township’s plans for managing stormwater.

Even though she serves on the township’s environmental advocacy committee, she said she

Did not know opportunities existed for homeowners to give public comment and input on the township’s plans for stormwater management.

The road to improving the health of the Wissahickon is a long one and will require the commitment and dedication of state and local agencies, nonprofit organizations, and residents throughout the watershed. The Friends of the Wissahickon and the Wissahickon Valley Watershed Association are committed to restoring the creek. They need you to do your part to help them achieve this goal.